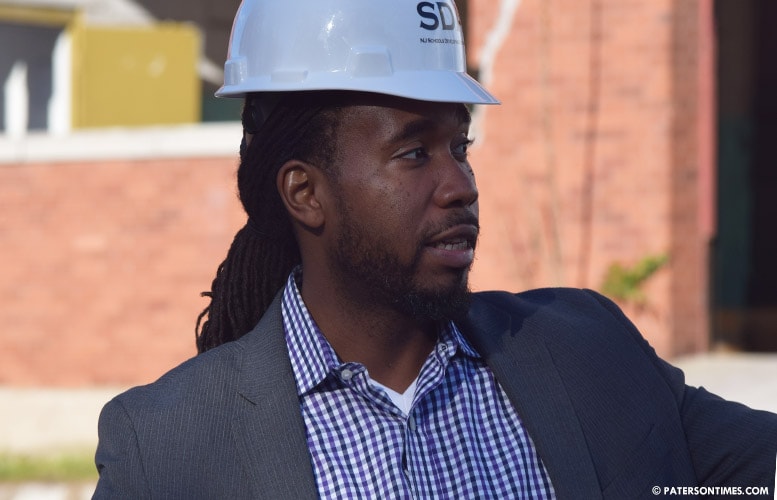 School board member Christopher Irving has been given a high ranking administrator’s post at the New Jersey Department of Education. He is expected to vacate his school board seat and resign from an administrator’s job at the Passaic County government to head to Trenton.

Irving’s new post is assistant commissioner of education. His salary for the position will be approximately $135,000, according to sources.

“It’s humbling,” said Irving, who confirmed the Murphy transition team offered him a cabinet level position that he accepted. “I never saw this on my radar.” He is still waiting on a contract and is expected to begin work for the state in the first week of February.

Irving served as president of the Paterson school board for the three of the past four years, but decided against running this year in anticipation of joining governor-elect Phil Murphy’s administration.

Murphy appointed Irving to his transition committee in early November. Irving is expected to resign from the school board position.

“Wednesday night is going to be my last night at the board,” said Irving.

“I don’t think that’s an option,” said Irving when asked about a possible return of Cleaves, who lost her seat two months ago, to the board. In the past, the school board has collected resumes from residents, conducted interviews, and then voted to fill the vacancy.

Irving served two full terms on the school board and won a third term in 2016. His tenure was marked by uniformity among a majority of school board members. Irving said he provided “strong leadership” on the board to weather the storm of former governor Chris Christie’s administration.

Some, like his arch rival Jonathan Hodges, criticized the homogeneity on the board. Hodges, longest serving member of the school board, saw it as a threat to independent thinking.

“I wish him the best of luck,” said Hodges. He steered clear of openly criticizing of his soon-to-be former colleague. “He’s a crafty politician and has benefited well.”

Hodges hopes to see more independent thought from school board member. This suggests a possible break-up of the coalition of members that Irving commanded for so long.

“We’ll soon find out. There are some strong people on that board. Whether I’m there or not they are going to be strong regardless,” said Irving. “I just led and I led for a long time. Of course, when you lead, eventually you have got to go.”

Irving’s single biggest accomplishment on the board was paving the way for local control. For example, under his watch the district reached the needed scores to regain local control. His re-structuring of the committee along state district rating components sped up the process, he said.

Irving’s other major accomplishments were $15 million energy infrastructure upgrade project and the college and career community forum at International High School for students that has been going on for three years.

Irving has served as the executive director for the Workforce Development Board of Passaic County since 2014. His salary there was $90,000, according to Passaic County payroll records. He has given the needed two-week notice, he said.

Irving has slowly filled his resume that paved the way for the appointment. He has bachelor’s and master’s degrees in public policy. He conducted research in K-12 education administration for his doctorate.

Irving was uncertain whether to take the position few months ago when the possibility of serving in the new administration emerged. His allies urged him to seriously consider the post.

“To be very frank with you, for guys to grow up from where we come from, this has been a crazy experience,” said Irving.

Irving will oversee a number of divisions within the New Jersey Department of Education.