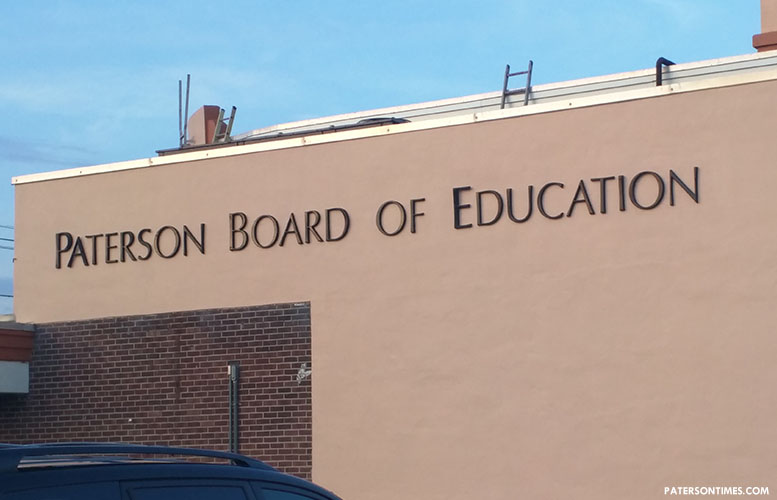 The school district is grappling with a $75.1 million budget shortfall in its 2018-19 school year budget that could hobble superintendent Eileen Shafer’s ambitious efforts to improve instruction and boost state test scores.

Shortfall is calculated based on a flat state education aid figure for fiscal year 2019. If the state ups funding by five-percent the shortfall drops to $56.39 million, according to numbers presented to the school board last Wednesday.

Business administrator Richard Matthews told school board members his team is working on a number of strategies to close the gap. He outlined $52 million in savings by switching to a self-insurance program, cutting personal and instructional aides, and leasing books among other strategies.

Matthews estimates $10-12 million could be saved by dropping out of the state health benefit plan. $16 million through what’s called “Chapter 78 Relief” or changes to the teachers’ contract. $3 million by “right sizing” personal and instructional aides. $10 million by leasing textbooks. $3.5 million by eliminating unfilled positions from the budget. $1 million from cuts in time and material for facilities. And $6.5 million reductions in the central office.

“Even though the number seems like a daunting task, we feel confident, we’re going to be able to deliver a balanced budget with some reserves. It’s not all gloom and doom,” Matthews told the school board.

Some school board members inquired about the nature of the $6.5 million cuts in the central office (reporters earlier in the year observed the second floor of 90 Delaware Avenue largely empty).

Matthews said the cutes in central office are being made through consulting with various departments rather than being imposed from the top. “These were cuts they gave to us,” he said. “We got their input.” His team is encouraging different departments to cut 15-percent of their budgets.

“These are non-salary central office appropriations,” Matthews replied to Redmon. He said departments were told, “Give me what you can get away with.”

School board member Jonathan Hodges bemoaned the latest rounds of cuts. He particularly opposed the possible 15-percent cut to the technology department.

“You are hollowing out a system that’s already behind to begin with,” said Hodges. “Each year it gets worse and worse.”

The cuts of past years – waves of layoffs that saw hundreds of teachers and other staff members leave the district – has led to ballooning of class sizes.

25 classes have 30 plus students, the superintendent told school board members.

Shafer wanted to hire 19 music and 4 art teachers, but that will now have to be done in phases, she said. If she had the money, she would hire 25 new teachers in the next budget to address the large class sizes, she said.

The past years of cuts has “compounded” problems in the district.

“We’ve made so many cuts along the way. We don’t have the money to put them back,” said Shafer. “Our kids have suffered for eight years and had things taken away from them.”

School officials complained about the $55 million slated for transfer to charter schools and $19 million to the Passaic County Technical Institute (PCTI) in next year’s budget. Transfers to charter schools have “significantly reduced the essential resources available to educate students” in the district, according to the Newark-based advocacy group the Education Law Center which urged the state last year to cease approving new charters in Paterson.

The state has underfunded the district by an accumulated $375.3 million since 2010, according to the Education Law Center. School officials are praying governor Phil Murphy, who pledged to have Paterson’s back while campaigning in the city, keeps his promise to fully fund the school funding formula.

“This is still going to be painful,” said Shafer. “It’s going to take us time to balance this out and get everything we need for our kids. It’s not going to happen overnight.”

The district’s overall budget for fiscal year 2019 is $533 million. State and federal funds make up much of the budget. Municipal taxpayers contribute $41.5 million. Matthews’ calculations include a tax increase. Local school levy is $42.28 million in the fiscal year 2019 budget.

“We’re still showing the state we’re coming up with a balance budget. Our kids are suffering because of this,” said Redmon.

“We have to make these unfortunate cut backs because of the reality we are facing,” added school board member Manny Martinez striking a pragmatic note.  “We’re forced to do this.”

Martinez suggested a “parallel” track strategy to make the needed cuts to balance the budget while aggressively lobbying the state for more funding.