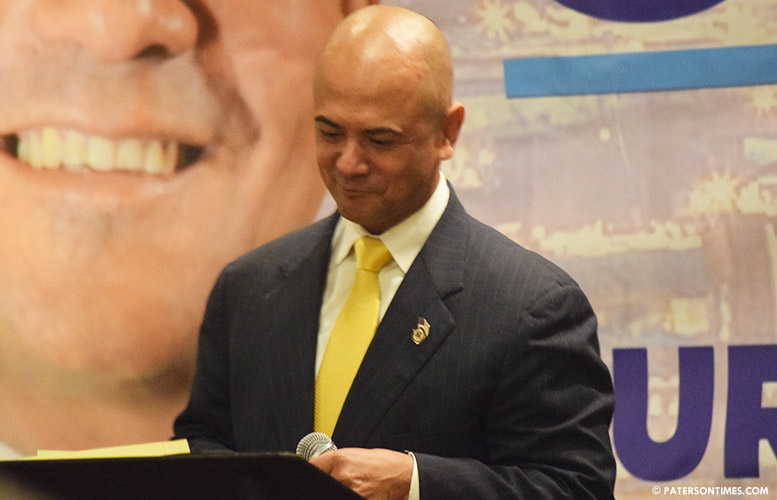 Cruz’s son Alex and daughter Melissa are enrolled in grades 11 and 12, according to information the school provided in response to an inquiry from the Paterson Times. This is the latest in a growing body of evidence that support the claim Cruz does not reside in Paterson.

Neither Cruz nor his campaign manager Pablo Fonseca returned calls for comment on Friday.

Cruz and his wife Luci have owned 41 Wilmore Road in Little Falls since 2001, according to property tax records. Cruz introduced his wife and family at a well-attended campaign kickoff event in late February.

Why it matters: There are a number of criteria – among them utility bills, income tax filing address, driver’s license, and schools being attended by children — that the courts use to determine someone’s domicile or residency.

Cruz’s residency claim in Paterson has been formally challenged with the municipal clerk. City resident Yanet Santana filed an objection with the clerk’s office on Friday seeking to disqualify Cruz from the May elections.

Cruz submitted 1,839 signed petitions. He has been certified in the six-men mayoral race despite apparent problems with his voting address. Passaic County superintendent of elections Sherine El-Abd in a letter warned city clerk Sonia Gordon of possible ineligible candidates in the mayoral race. Her letter stated taxpayers could be on the hook for re-printing ballots if possible ineligible candidates are not disqualified early on.

State law requires Cruz to live in Paterson for a year to be eligible for the mayoral race.

“There is no evidence that he actually resides there,” wrote private investigator Alan McCallen, Jr. in a report Santana submitted to the clerk referring to the Madison Street apartment. “It is my belief through investigation that someone he knows or is related to resides there and he changed” his driver’s license “to reflect that he does reside there merely for the ability to be a candidate for the office of mayor.”

Gordon’s office, relying on the guidance of law director Domenick Stampone, early on did not attempt to resolve the controversy over Cruz’s residency.

Stampone wrote to the New Jersey Attorney General’s Office, which represents the county elections superintendent, stating the residency issue is better dealt with in state court. He has said the clerk’s office is not equipped to conduct investigations.

El-Abd has said the clerk can utilize her office for investigations to ensure candidates are eligible. Gordon’s office decided to ask her office to conduct an investigation on Friday following the filing of the objection.

Gordon has to make the call to disqualify Cruz from the race.

Gordon has said she relied on the city’s legal department’s guidance in dealing with the Cruz residency issue.

Stampone’s legal opinions have been questioned and criticized over the years:

Stampone was first appointed by former mayor Jeffery Jones. He was later re-appointed by disgraced mayor Jose “Joey” Torres. Whoever becomes mayor following the May elections will have to decide whether to keep Stampone as the city’s chief attorney.

Cruz’s opponents view filing in court as a costly and cumbersome matter. Santana, the objector, has said if municipal officials fail to take action against Cruz she will file in New Jersey Superior Court.

Cruz is largely unknown in the city, according to political observers. His chances of winning are slim. He is backed by diehard Torres supporters. The former mayor’s wife was among those to attend his campaign kickoff.

Cruz, who has worked as a police officer in the city for 23 years, falsely claimed to have “lived in Paterson” his “whole life.” He makes $116,200 as a cop. He has served as the police officers’ union president since 2011. He voted 14 times in Little Falls since 2007, according to election records.

Cruz’s boosters told a large crowd of credulous supporters in late February their man is a civic minded person who deeply cares about the community. Since 1994, Cruz voted in just three municipal elections and one school board race, according to voting records. He has mostly voted in primaries and general elections.