Andrea Kinion, a former municipal affirmative action director, who is running a write-in campaign for the mayor’s seat, was fired from her government job for missing too many days without approval from her supervisor.

Kinion was taken up on the charge of “resignation not in good standing.” She appealed her case to the New Jersey Civil Service Commission which upheld the city’s decision to fire her last Friday. 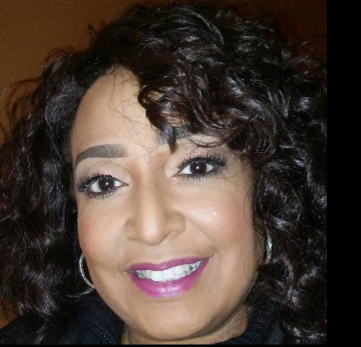 She did not get leave extension for absence after April 15, 2016, according to state records. She was warned by personnel director Abbey Levenson that her failure to return to work at the expiration of the leave term will result in job abandonment charges.

Kinion argues she submitted an extended leave of absence form on Apr. 13, 2016 through another city employee, Niecha McPherson.

McPherson returned the documents to Kinion which included a medical note that were returned to her by the Personnel Department. Kinion presumed she had been granted extended leave until May 23, 2016. However, she was not. She received documents that did not contain the signature of the business administrator or the personnel director approving the leave.

Levenson received an extended leave of absence request form dated May 20 dated May 25, 2016 from Kinion. She did not take any action because the city was in process taking her up on charges for missing more than five days without approval.

Kinion argues in her appeal the city did not notify her that she had been denied the leave request. Levenson testified its an employee’s duty to verify whether leave time has been approved.

“Kinion attempts to cloud the issue by arguing that the City had the burden to notify the appellant of the action taken on her application, i.e., approval or denial. The argument is not persuasive,” wrote administrative law judge Michael Antoniewicz in a decision issued in Jan. 2018.

Kinion said former mayor Jose “Joey” Torres administration’ targeted her. “First, they said they lost my paper,” she said on Tuesday. When asked about the administrative law judge and the commission upholding the city’s decision, she claimed some sort of a wide conspiracy against her.

She said she has filed a lawsuit against the city. She provided the name of her attorney, who did not respond to a call for comment.

Kinion could not say where the lawsuit was filed and when.

Kinion failed to get on the ballot for the May municipal elections. She claimed her nomination was sabotaged by other campaigns.

“I have been talking to my family and my team since the sabotage of my campaign by someone from my own camp that was paid by a party or parties of the Mayoral Campaign,” she wrote earlier in the month.

She could not provide details of how another campaign managed to sabotage her candidacy.

Kinion has tried to get on the debate stage, but organizers have disallowed her, she said. She also claimed news organizations have been “alienating” her candidacy by not seeking her comments on the latest controversies in the mayoral race.

Her chances of winning in the election next month are slim to none.

Kinion was first hired by the city in 1996. She went out on medical leave in 2009 which resulted in an employment seperation. She was re-hired part-time in 2012.