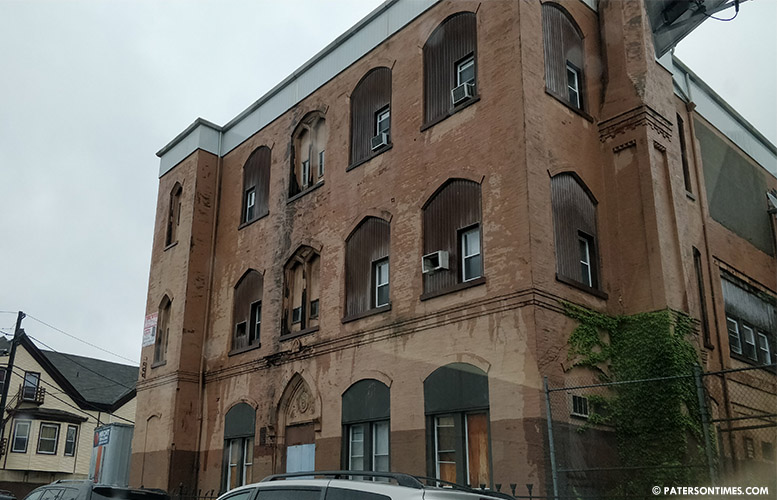 Prominent real estate developer Charles Florio, who had expressed interest in purchasing some of the Paterson school district’s old buildings, said the school board undersold the old School 5, a building walking distance from the Great Falls.

“They sold it right out from under me. I would have paid more than a million dollars for that building,” said Florio, who met with both superintendents Donne Evans and Eileen Shafer last year to potentially buy the building, on Thursday. “It’s an inside deal. The school board was ripped off. They undersold the property to a buyer who is probably affiliated with the party.”

School board members voted 6-1 to approve the sale for $1 million on Wednesday. The school district advertised and received bids to sell the building last year. One interested buyer submitted a sealed bid that was too low and “failed to comply with the requirements of the sale.” This offer was rejected.

“I wasn’t too happy with the number of bidders,” said school board member Flavio Rivera, who is chairman of the fiscal committee. He said Florio should have bid when the property was advertised.

Florio said the building is zoned for a school. He had no plans to run a school out of the facility which has been vacant for a decade. “I was inquiring about whether we can go before zoning to see what we could put there,” he said. He said his inquiries were spurned by the district.

State law allowed the district to conduct a negotiated sale. It hired real estate broker Linton Gaines of Nicholas Real Estate to market the property to find a buyer. Rivera said an appraisal was conducted by the district that placed the property’s value at $1.7 million.

“They said this is the best offer,” said Emanuel Capers, chairman of the operations committee, referring to the school district.

“How can we reject $1 million?” remarked Rivera. He was absent from Wednesday’s meeting. “I believe it was a good deal given the information I was provided by the district.”

“Why was I not given the right to outbid this guy?” asked Florio. “The school board should be concerned about the highest value.” His attorney Michael Rubin had sent a letter to Shafer as late as Feb. 2018 expressing interest in purchasing the property.

Rubin said Florio has the option to file in court to scuttle the deal. He said his client would have to decide whether a court fight is worth it for the building.

“I didn’t have enough information about it,” said Hodges. “My concern is always who bought it? What kind of intentions [the buyer has]? Whether we got a good deal? I don’t want a charter school going in there.”

The district had its outside attorney, real estate broker, and facilities director at the meeting. However, none of the school board members present asked any questions about the sale.

“I was distracted by something else,” said Hodges. When told Florio is criticizing the sale as a dark and inside deal, Hodges replied, “I hope that’s not true.”

The school board made a bad decision approving the sale, said Florio.

“So here it is, they just gained control of the school system, and one of their first moves is underselling one of their assets,” said Florio. “Perhaps, they shouldn’t have regained local control.”