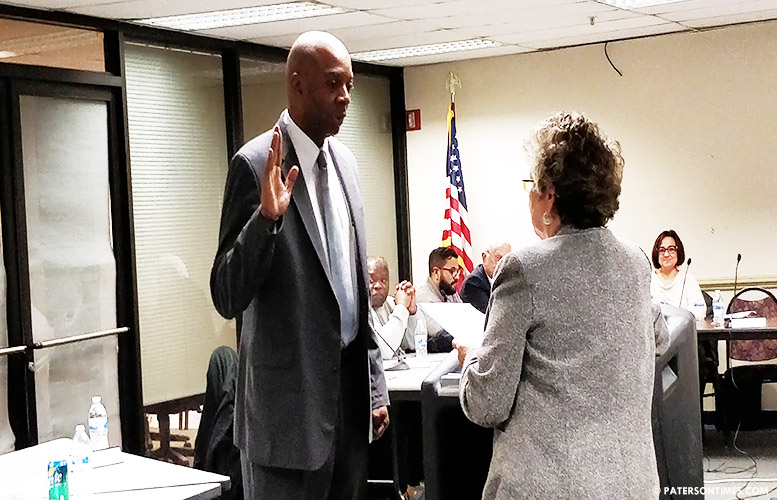 School board member Vincent Arrington voted on a measure approving the sale of the old School 5, described by a prominent developer as a sweetheart deal, that was brokered by his brother-in-law.

Arrington said his brother-in-law, real estate broker Linton Gaines, received the contract long before he was appointed to the school board.

Gaines’ sister Marla Arrington, who teaches at School 7, is married to Arrington.

“I have no personal benefit from the sale of that building,” said Arrington. He said he would review the situation with the district’s attorney. He later said, there was no violation of the school board ethics.

Robert E. Murray, the district’s attorney, did not respond to a call for comment on Monday.

Arrington said Gaines does not fall within the definition of the “immediate family,” defined as spouse or dependent child of a school official residing in the same household. School board members are prohibited from voting on anything that benefits their immediate family members.

“We have gone through it with our counsel. There was no problems or ethics charges,” said school board president Oshin Castillo. “Perception. It looks bad.”

There’s no blood relation between the brother and sister, said school board members.

Longtime school board member Jonathan Hodges said he would have recused himself. He was the sole vote against the sale of the old School 5.

Prominent developer Charles Florio, who criticized the sale of the old School 5, a building he was interested in purchasing, pointed out the perceived possible conflict of interest last week.

“It stinks. It totally stinks. If there was nothing wrong with it, disclose it upfront instead of hiding behind it,” said Florio on Monday. Some school board members, in separate interviews, said they were unaware that Gaines and Arrington were related.

“This guy should have recused himself,” said Florio, who is famous for taking down disgraced former mayor Jose “Joey” Torres, who admitted to stealing from taxpayers.

“You voted for a financial gain for your family and that is, maybe not legally wrong, but it definitely doesn’t look proper. It’s more of the same in Paterson,” said Florio.