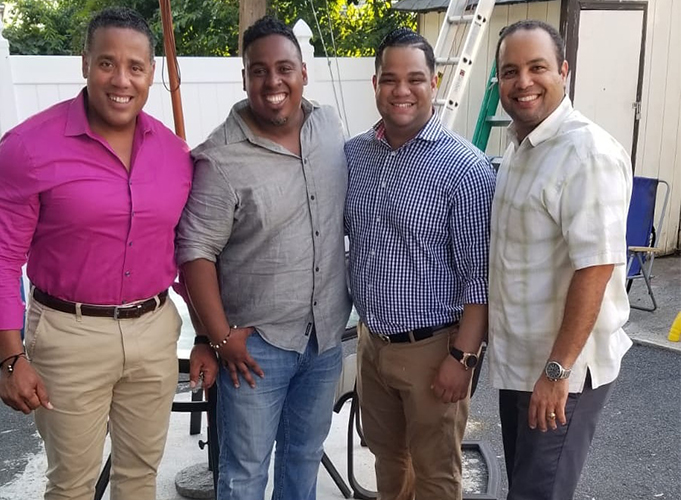 Former mayoral candidates Pedro Rodriguez and Alex Mendez, bitter rivals in the municipal elections, have set aside their differences to back four candidates in the 18-person school board race in November.

Both men are running two candidates – Ramon Joaquin and Eduardo Lanchipa — for the three available full three-year term seats. Mendez and Rodriguez are running two others – Robinson Rondon and Eddy Olivares — for the one-year unexpired seats.

“We want independent thinkers,” said Rodriguez on Friday. He said the school board is too homogeneous. Some have said the homogeneity stems from many school board members’ allegiance to officials in the Passaic County Democratic Party.

Rodriguez points out some board members – Oshin Castillo, Nakima Redmon — work for the Democrat controlled county government. Both women are up for re-election in November.

Redmon has been working for the Passaic County Board of Social Services prior to being elected a school board member.

Castillo, Redmon, and Manny Martinez have formed an incumbent slate or bracket. Castillo and Martinez are the actual targets of Mendez and Rodriguez in the race for not backing any of the Latino candidates for mayor, according to insiders.

In all, there are four bracketed sets of candidates. Three in the full-term race and one in the special race for the two unexpired seats.

Rodriguez’s full-term candidates — Joaquin and Lanchipa – have formed their own bracket. So have Melissa Baralt, Gerard Robertson, and Eddie Gonzalez.

“Winning if you’re not in a bracket is slim,” said Rodriguez. His two candidates for the special seats – Rondon and Olivares – are also in a bracket.

The concrete benefits of being part of a bracket or running individually is hard to know, said Gonzalez.

“This is the first time it’s being done here,” said Gonzalez. He said one benefit for a bracket maybe that a team’s members will be listed consecutively on the ballot. “If you pick number one, your team has two and three.”

The New Jersey Legislature passed a law earlier in the year that allows school board candidates to appear in brackets on the ballot. Brackets could change the dynamic that existed in school board races for the past four years.

Since 2014, first year the school board election was held in November, candidates listed on the top three ballot positions have enjoyed an advantage. Twice, those who occupied the top three spots, won seats.

The Mendez-Rodriguez slate will likely enjoy an advantage in the race for the two one-year seats.

Mendez and Rodriguez, both former school board members, met following the mayoral election, to patch up their frayed relationship. Both men were good friends prior to the mayoral race.

“I’m not a person of conflict. Yes, the campaign was rough, but we’ve got to work together,” said Mendez.

“They are great candidates, well-involved in the community,” said Mendez.