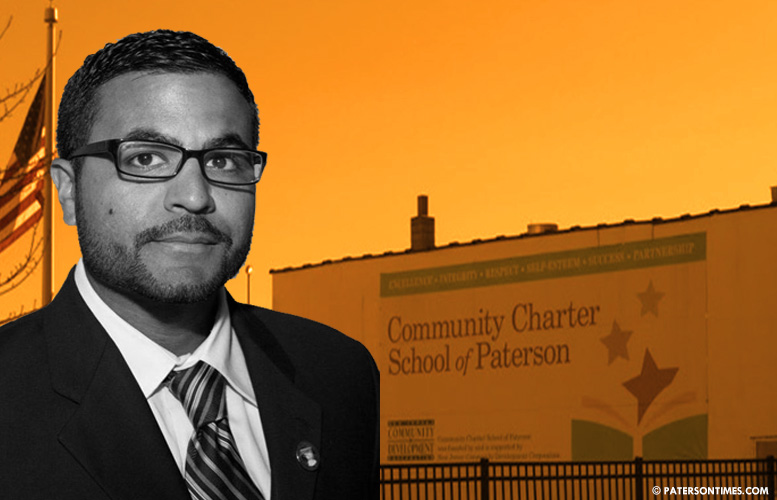 School board member Manny Martinez, who had been accused of sexual harassment in a lawsuit by a former subordinate, resigned from his job at the Community Charter School of Paterson.

His resignation comes after the school paid out $90,000 to settle the lawsuit filed by Toyreh Blacknell, a former substitute teacher, who accused Martinez of making unwanted sexual advances.

“I did not resign from any position,” said Martinez on Thursday. “There’s a difference between not renewing your contract and resigning. I chose not to renew my contract with the school because I’m pursuing another position.”

Martinez would not say which position he is pursuing.

Martinez was upset at the Paterson Times coverage of the allegations against him. He accused one of his colleague, school board member Jonathan Hodges, of tipping off the media.

The Paterson Times did not learn about his resignation from Hodges.

When asked if the resignation had anything to do with the sexual harassment case, Palmore said, “Not at all. Not at all. He’s actually pursuing a very promising opportunity.”

Martinez has denied the allegations against him.

Blacknell complained to school officials about Martinez’s alleged conduct which included inappropriate comments and attempted touching, according to her lawsuit. She says in her lawsuit the school did not take actions against Martinez. She was instead terminated from her job in retaliation.

Martinez was her immediate supervisor at the school.

“Me and you, we’re not working out, we’re not getting along,” Martinez is said to have told her when he terminated her, according to her lawsuit.

The sexual harassment allegations against him derailed his potential run for mayor and his bid for the school board presidency.