Martinez, accused of sexual harassment at one Paterson charter school, gets higher paying job at another | Paterson Times 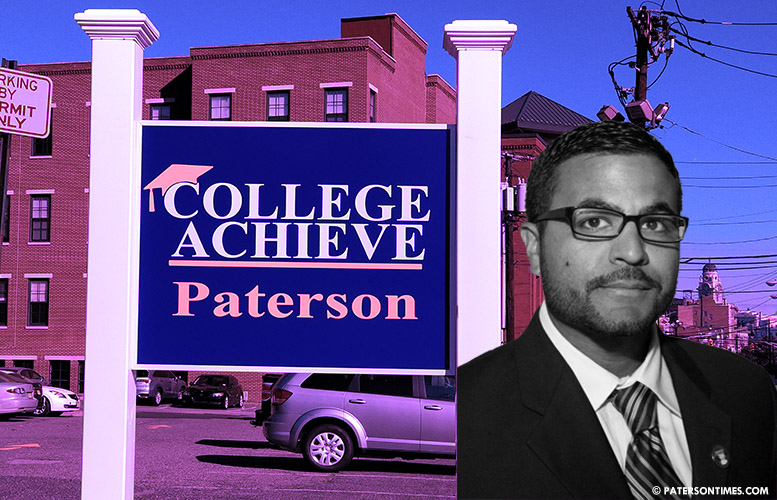 School board member Manuel Martinez, who had been accused of sexual harassment that cost the Community Charter School of Paterson $90,000, has landed a higher paying job at the College Achieve Paterson Charter School.

Martinez was hired as vice principal of the school that opened in 2017. He is making $85,000 at the new job, up from $74,000 at his previous role as director of community schools at the Community Charter School of Paterson.

“When identifying an administrator, there are three foundational attributes you look for: integrity, empathy and resilience. Mr. Martinez embodies them all and we are excited about his future here at College Achieve,” said Gemar Mills, executive director for the College Achieve Paterson Charter School in a press release on Friday.

Martinez was part of a hiring spree to accommodate the growth of the new charter. This year, the school has an enrollment of 500 students, double that of the previous year. It added 11 classrooms, including a science lab.

Martinez began his career in education at School 11 in Paterson. He taught second grade. He has served on the school board since 2012.

Martinez is up for re-election in November. Some of his opponents in the race criticized the school’s hiring.

“I’m surprised he was able to get a job so quickly,” said Justin Rucker, who is among 18 people running for five seats on the school board. “I don’t see how you can go through that course of events in light of this settlement.”

Martinez departed from the Community Charter School of Paterson in mid-August, soon after the settlement of Toyreh Blacknell’s lawsuit against him. After he resigned, he told the Paterson Times, he was pursuing another opportunity.

Blacknell accused him of making unwanted sexual advances. Martinez has vehemently denied the allegations against him.

Martinez has said the Community Charter School of Paterson cleared him through an investigation. The school this week would not disclose its investigation report clearing Martinez. The school cited a “sexual harassment complaint” exemption in the public records law to avoid disclosing the findings.

“The taxpayer should not foot the bill for another indiscretion,” said Rucker.

“I cannot imagine the future headlines,” said Ramon Joaquin, who is among the 18 candidates. “This is an insult to all the taxpayers of Paterson and the staff of our schools. It’s definitely sending the wrong message by rewarding Martinez.”