Police officer Jonathan Bustios admitted to violating people’s civil rights and committing extortion. He is the third police officer to plead guilty in a federal probe that targeted corrupt police officers in the Paterson police force.

Bustios, 28, of Paterson, pleaded guilty to conspiracy to violate individual’s civil rights and extortion under the color of official right before judge Katharine S. Hayden in the federal courthouse in Newark on Tuesday. 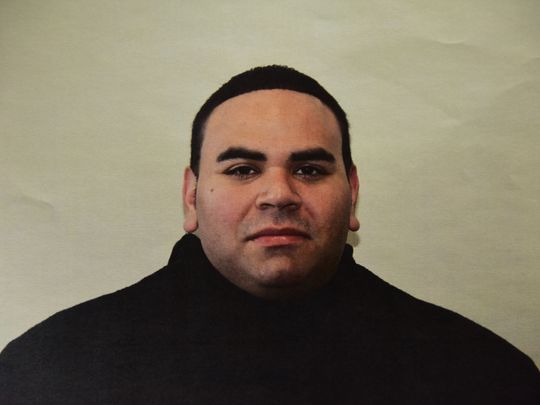 Bustios and police officer Eudy Ramos pulled people over in their cars, conducted unjustified searches, and seized cash, according to federal charging documents.

In one incident on Feb. 20, 2018, Bustios and Ramos pulled over a BMW. Detained the car’s two occupants and searched the vehicle.

In another incident on Mar. 14, 2018, Bustios arrested and detained a man in the back seat of his police car. He then told the man he would not charge him with resisting arrest and allow him to keep his cash in exchange for a firearm.

Bustios was led to a firearm. He did not turn in the weapon as evidence. As promised, he did not charge the individual with resisting arrest. He filed a police report that did not mention he had recovered a firearm.

Police chief Troy Oswald on Tuesday afternoon said Bustios has been terminated. He and police director Jerry Speziale referred police corruption cases to the FBI that led to the arrest of four police officers. An early warning system flagged the corrupt police officers.

Bustios had joined the police force in 2014, according to payroll records.