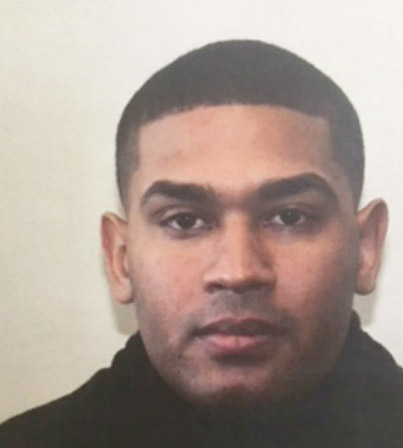 Ramos and other police officers, including Jonathan Bustios, Daniel Pent, Matthew Torres, Frank Toledo, stopped and searched motor vehicles without justification to steal cash and other valuables from occupants.

Authorities said the rogue officers also stopped and searched individuals on the streets of Paterson to illegally take their money. Money taken in the illegal stops were split amongst the officers. They filed false police reports to cover up their crimes, authorities said.

Authorities chronicled some of the incidents.

On Feb. 1, 2017, Ramos and Pent stopped and searched a vehicle. Both stole approximately $10,000 from the passenger and split it among themselves. In an incident report, Ramos and Pent intentionally failed to mention the theft of $10,000.

On Dec. 1, 2017, Ramos and Bustios stopped and searched a person on a street corner and stole $1,000. A video of the encounter was posted on Twitter by a third-party.

On Dec. 7, 2017, Torres and Ramos stopped a car. Both searched the vehicle, driver, and passenger, who had $3,100 and marijuana. Ramos told the passenger he would let them go for $800. Both officers split the cash and neither reported the incident to the police department, authorities said.

On Feb. 20, 2018, Ramos and Bustios stopped a car and detained its driver and passenger. Both stole a bag with $1,800 from the car, authorities said. Both officers agreed to meet at Peach and Plum streets, where there are no cameras. Bustios passed a portion of the cash to Ramos through the window of his police car. Neither reported the incident to the police department.

On Mar. 5, 2018, Ramos and Torres, stopped and searched a vehicle. The occupants of the vehicle filmed the encounter and asked why they were being stopped.

“Random stop,” Ramos told them. The video of the incident was posted on Instagram. Ramos did not locate any cash inside the car and left without taking anything.

Authorities said besides stealing cash from citizens, Ramos and the other officers also used excessive force against them.

Ramos and the other officer levied a “running tax,” striking the victim multiple times and causing bodily injury, on people who ran from them.

On Jan. 20, 2015, Ramos and Pent received a call for loud music coming from a vehicle on Doremus Street. Both approached the individual in the vehicle, removed him, and began to punch and kick him. Authorities said the individual suffered bodily injury, including eye injuries, as a result of the use of excessive force.

On Sept. 7, 2016, Ramos handcuffed a person in the backseat of his police car without a seat belt for transportation to the police headquarters. As he drove, Ramos depressed the brakes of the car so the person’s head slammed against the divider in the backseat.

“What happened, man? You gotta put your seat belt on,” Ramos jokingly told the individual after the person slammed his head on the divider. Ramos recorded a video of the incident.

On Mar. 2, 2017, Ramos and Bustios responded to report of stolen property located in a car parked in a garage. The suspect was sitting in the vehicle. The victim of the theft was angry and told Ramos and Bustios he wanted to take a swing at the suspect. The victim of theft punched the suspect, who fell to the ground and hit his head, suffering bodily injuries, while the officers watched and filmed the incident.

Pent was charged in Mar. 2019. He has not pleaded guilty.

Ramos was terminated after the guilty plea.