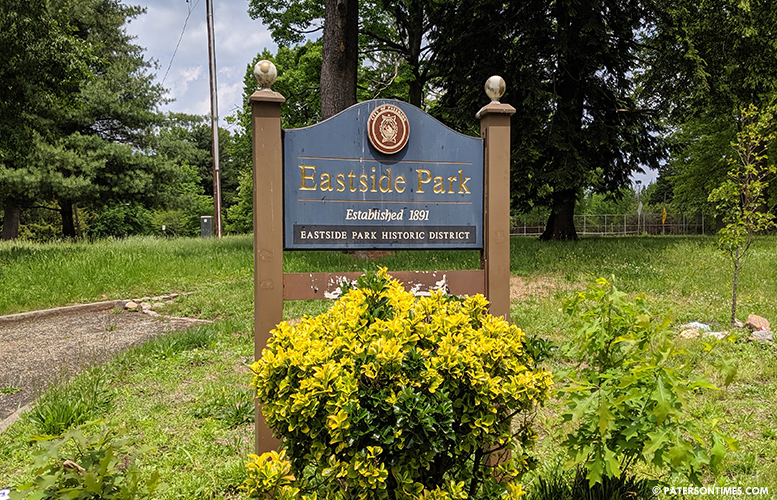 After years of complaining about loud music from Eastside Park negatively affecting residents, Elmwood Park is planning to hire an off-duty Paterson police officer to clamp down on the problem.

Officials from both Paterson and Elmwood Park have been working on an arrangement to deploy two police officers – one paid by Elmwood Park and the other by Paterson — four days a week to curb quality of life problems.

“This is an example of cross-boundary collaboration – working with another municipality — that supplements our on-duty policing team. We know our officers are stretched thin in all areas of this city, so this provides a little extra support during the times when there are larger amounts of both residents and visitors enjoying our park,” said mayor Andre Sayegh’s chief of staff Kathleen Long. “The Sayegh Administration is solutions-based – and this provides a solution to a quality of life concern of both Patersonians and Elmwood Park residents.”

Daniel Golabek, acting mayor of Elmwood Park, did not respond to a call for comment on Thursday.

Both officers will serve four-hour shifts between 6 p.m. and 12 a.m. Thursday through Sunday, said Long. Elmwood Park will pay $40 an hour or $640 per week for one officer and Paterson will pay the same for the other, she said.

Police chief Troy Oswald favors the plan. He said he doesn’t have the manpower to have officers posted at Eastside Park around the clock to address complaints from Elmwood Park. The number of police officers in his department has dropped to 390. It’s expected to further drop to 366 by August as a result of retirements. In 2011, the department had 500 police officers.

Hundreds of people from the area, including many from Elmwood Park, descend on Eastside Park, particularly during the weekend, causing disturbances, according to police.

“I think it’s a good plan,” said William McKoy, 3rd Ward councilman. Eastside Park is located in the 3rd Ward. “It has become a real problem. It would be a strain on our department to get officers over there as often as they should be.”

McKoy said the arrangement is a “trial” and a “temporary fix.” He said the problem is in the lower field at Eastside Park. He often gets complaints from residents of Overlook Avenue and Park East Terrace.

“You could see the positive of it. But it’s embarrassing when another town has to pay you to address the issues we have here,” said Flavio Rivera, councilman at-large.

“It is kind of a slap in the face, but in the end, you have to put that aside and make sure you keep your residents and your park safe,” said Al Abdelaziz, 6th Ward councilman. He said he supports the arrangement.

Rivera and Abdelaziz favor waiving the fees for Elmwood Park, but not for other government entities. Council members will vote on the ordinance next Tuesday.

Two years ago, councilman Joseph Dombrowski of Elmwood Park, came to City Hall in Paterson, to complain about the loud music affecting his constituents. At the time, he said the problem had gone unabated for five years.