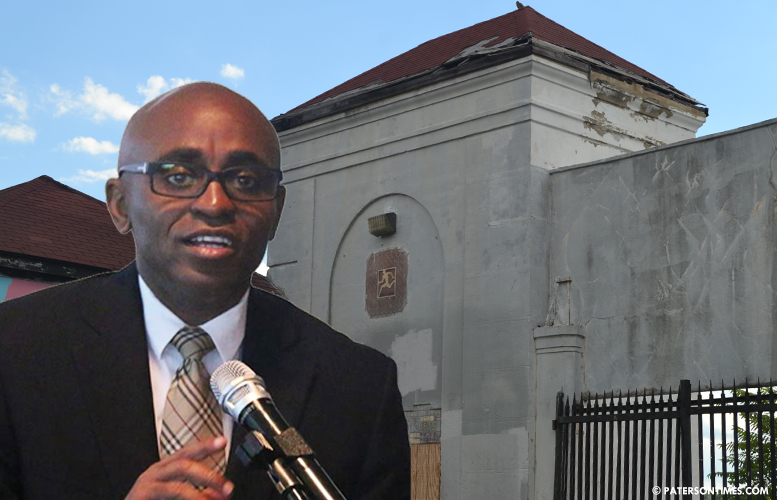 Baye Adofo-Wilson, the developer, who served as the founding executive director for the non-profit district, defaulted on the loan in 2011. His organization had obtained the $2.6 million loan from Wells Fargo in Sept. 2009, according to a 2014 report in the Star-Ledger.

“The default happened in 2009 at the height of the real estate crisis,” said Adofo-Wilson on Monday evening. “But the loan was paid off. It wasn’t like it was defaulted and never paid off.”

Adofo-Wilson said the difficult occurred due to the real estate market collapse. His group took out the loan to construct 13 townhouses made up of 39 units of housing at 478-480, 450-466 Washington Street in Newark.

Lincoln Park Coast Cultural District took out a second loan from the Community Loan Fund of New Jersey for $1.3 million in Jun. 2011 to help refinance the Wells Fargo debt. This loan was guaranteed by the Brick City Development Corp., according to the report, which gave an extra $250,000 loan to the group.

Some members of the City Council were shocked when told of the defaults.

“Wow. This is a bad report,” said councilman Luis Velez, once an ally of the mayor and now a vociferous critic, on Monday evening. “We don’t need someone to default on our city. We can’t put taxpayer money down the drain.”

“I didn’t know that,” said councilman Flavio Rivera on Monday evening when told of the defaults.

Sayegh did not respond when asked if he was aware of the defaults.

Sayegh has put considerable political capital behind Adofo-Wilson’s proposal to renovate the historic Hinchliffe Stadium. He successfully obtained the backing of the Board of Education, owner of the stadium, which approved a long-term lease with the city. However, he suffered a defeat last Tuesday, when the City Council voted down the lease agreement.

Why did the council reject the lease agreement? Sayegh administration officials disclosed little or no details about the project. His administration is championing a proposal that includes 65 units of low-income housing which will further concentrate poverty in an already impoverished area as part of the $70 million renovation project.

Adofo-Wilson has provided different unit numbers at different meetings. Last month, the school board was given a presentation in which he said, the project will have 80 apartments, restaurant, 300-space parking deck, and gallery space for Negro League history.

Last Tuesday, Adofo-Wilson and his co-developer Joseph Portelli of RPM Development Group, could not answer the amount both will contribute to the project. Sayegh wants to allocate $40 million of the $130 million tax credits earmarked for the city for Adofo-Wilson’s project.

9 of 9 members of the City Council support the renovation of Hinchliffe Stadium, but not the mayor’s developer’s proposal.

After the council’s rejection, Sayegh invoked an obscure “emergency” provision in the law to force the City Council to convene a meeting to consider the lease a second time. Some questioned the mayor’s ostensible emergency. His efforts were thwarted by city clerk Sonia Gordon who cancelled the vote on the measure on Friday evening.

Councilman William McKoy, the longest serving member of the City Council, said he has never witnessed anything like it. He has been council president half-dozen times. He has had to hold his share of “emergency” meetings. For example, when the council rejects a temporary spending measure, the mayor typically scrambles to get it to re-consider at an emergency session to make payroll. Each time, the mayor works in concert with the council president, he said.

Council president Maritza Davila condemned the mayor’s attempt to strong arm the council. The mayor’s failed attempt may have cost him some support.

“I think he’s against the wall. It’s not us. He’s desperate,” said Velez, speaking of Sayegh, on Monday morning.

Adofo-Wilson’s defaults came to light when Newark mayor Ras Baraka appointed him as deputy mayor in 2014.

“It was 10 years ago. The loan was paid off. We have a much bigger and experienced team working on the project than I had in 2009,” said Adofo-Wilson. He said that was one of his early projects, but he has much more experience now.