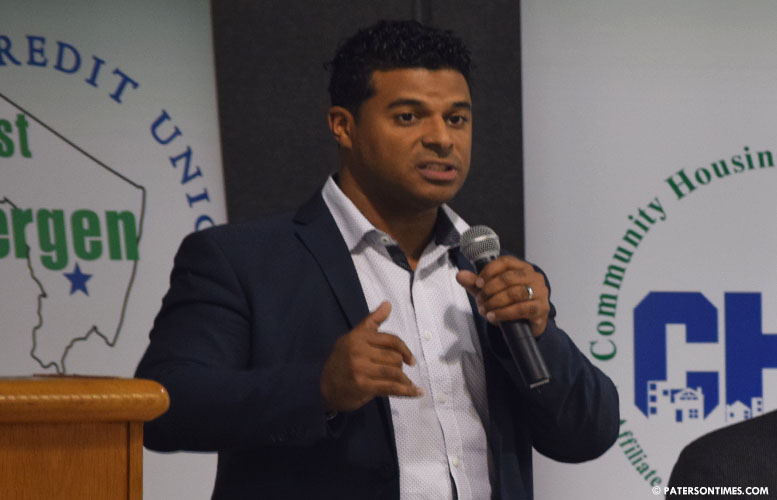 School board member Robinson Rondon won an improbable election victory last year. Now, he is seeking a full three-year term to continue being an “independent” voice for students, parents, and teachers on the Board of Education.

“I don’t get swayed by politics. I don’t let any types of ties affect my vote. I’m an independent candidate. If you look at my voting record, you’ll see I vote for what’s going to benefit the children and the city,” said Rondon, 33.

Rondon won a special election last November. He served for the past almost eleven months. During that time, Rondon said he voted down a school budget that had a whopping 14-percent property tax increase.

Rondon said the district needs to do more to avert teacher layoffs given the ballooning classroom sizes, some classes have 30 or more students.

“We got to figure out a way. Go line by line,” said Rondon referring to the budget. He also blamed the state for underfunding the district. He said the district needs to do a better job retaining its teachers, who receive taxpayer-funded professional development to improve their skills.

“You might have to go to using one principal to run three academies,” said Rondon citing fiscal problems.

Eastside High School and John F. Kennedy High School are both broken up into multiple academies. Each academy has its own set of principal and vice principal. A state monitor in August said the district has too many principals.

“As a district, we’re struggling with the test scores,” said Rondon. Math scores of students in five of the nine grades tested declined and English scores dropped for two of eight grades tested in the 2018-19 school year, according to district data.

Rondon said the district is attempting to lift the scores by looking at school by school and grade basis. But that effort was unveiled in 2017 and hasn’t led to significant increases in test scores last year.

Rondon does not have any children.

When asked if he would support moving the November school board elections to April, Rondon said, “I’d definitely be for it. When it’s in April people come out just for the education system.”

Moving the election to November has effectively turned the school board race into a partisan contest.

Rondon is running on a ticket called “United for Change” with his running mate newcomer Iris Rigo.