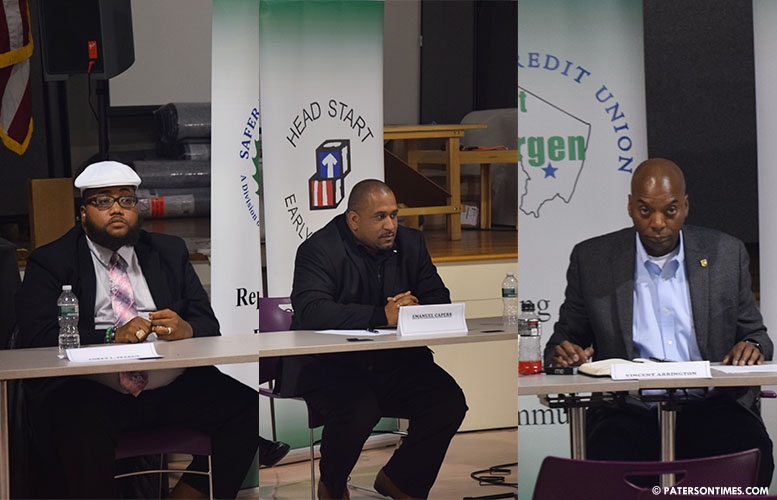 Former school board members Corey Teague, Vincent Arrington, and incumbent Emanuel Capers won seats on the Board of Education on Tuesday, according to unofficial election results.

68 of 68 precincts were counted on Tuesday night. Mail-in ballots are included in the count. Count does not include provisional ballots.

Incumbent Robinson Rondon finished fifth place with 2,953 votes, according to unofficial election tallies. He had been propelled to a victory last November by mail-in ballots.

“I was shocked tonight. I won’t lie,” said Teague, who won a seat one time and lost three times after the elections were moved to November. “Usually, people run three times and give up.”

Teague thanked his supporters for putting him back on the school board. He also credited his campaign strategist councilwoman Lilisa Mimms and his two campaign managers Sebastian Mejia and Matthew McKoy.

McKoy is the son of longtime councilman William McKoy.

“The people have spoken. They heard my platform. They saw my record which spoke for itself. This is what Paterson voters want — a fighter for their kids,” said Capers. “With Corey winning it’s very big. He’s another independent voice like myself. Getting Vince back on is great too; he brings a different skill set.”

“I worked very hard the past 12 months when I decided to run again. I’m excited to be back on the board,” said Arrington.

Arrington is not celebrating just yet. He lost a seat last November after mail-in and provisional ballots were counted.

“I’m always concerned about that. I’m not going to celebrate until I get certified results,” said Arrington.

Arrington served 11 months on the board last year.

Both Martinez and Abreu struggled to answer key questions in debates during the campaign.

“We did the best job possible,” said Rondon on Wednesday morning. He said there are a lot of provisional votes that still have to be counted. But being fifth place it’s unlikely he will secure a seat after the counting of provisional ballots. “I enjoyed every moment. I got to meet a lot of great people.”

Rondon and his running mate Eddy Olivares shocked the establishment with their victories last year. Both men appeared to lose on election night last year, but won when all the votes were counted.

Robinson and Olivares worked as independents on the board, often refusing to align themselves with the so-called machine influenced members.

Olivares did not seek re-election. He intends to run in the 4th Ward in May.

“We fought against the machine. We beat the machine,” said Capers. But the so-called machine gained a seat on Tuesday, giving it five votes on the school board.