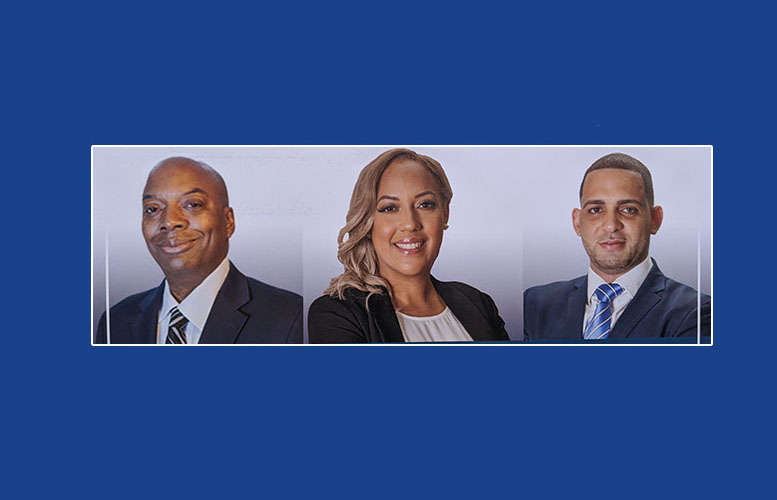 The Progressive Values Committee of Bayonne spent $5,060 on each candidate by sending out multiple mailers to voters, according to its Jan. 15 New Jersey Election Law Enforcement Commission (ELEC) report. Two of the three candidates lost in the race. Arrington was the sole winner out of the group.

Arrington said the mailers boosted his profile. For example, some voters identified him from seeing his face on the mailers, he said.

“The flyers help, but people want to touch and feel you,” said Arrington.

Some of the other candidates in the race attacked the PAC for trying to influence a local election last year. School board members Corey Teague and Emanuel Capers attacked the PAC and its chairman at the time.

“Mailers don’t vote. People vote. I won two elections without having one flyer,” said Capers. “You can make the argument Vince got over because he was on that flyer. But Vince had support from the independent side — he had support kind of from everybody, including people that were against us.”

Capers said he does not trust the PAC’s spending figures. “I don’t believe that. They did two citywide mailers,” he said. A single citywide mailer can cost as much as $20,000, he said.

Capers said he does not have issues with the mailers but disliked outside groups swaying local elections.

“What I didn’t like is outside influences paying for these fliers,” said Capers. “What do they want in return?”

When asked if he thought the mailers helped his opponents, Teague said, “Not really. Arrington won, but he came in behind me.” He said voters disliked the other two candidates the PAC backed in the race.

The Progressive Values Committee began to play an active role in Paterson in 2018. It spent $138,000 to back then-councilman Andre Sayegh for mayor. Sayegh won a landslide victory. The next year, the PAC spent $15,255 to back five school board candidates. Three — Oshin Castillo, Nakima Redmon, and Manny Martinez – won in that election.