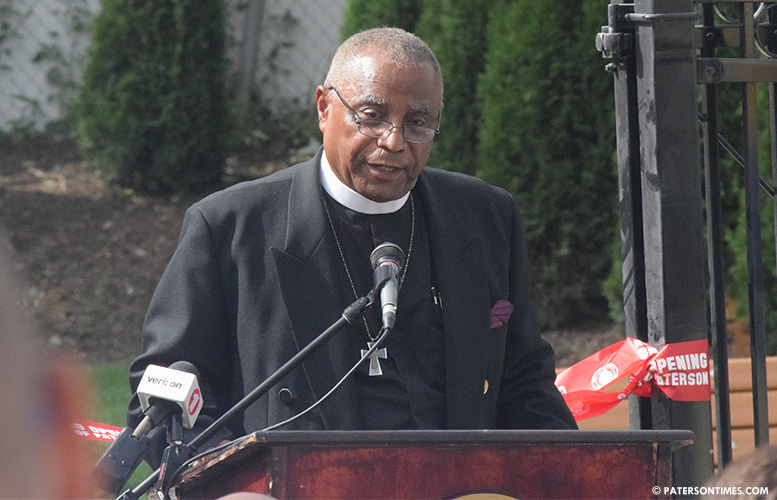 After a decade and half of serving as pastor of the Bethel AME Church on Auburn Street, pastor Allan Boyer, known for creating recreation space for young people and speaking out against gun violence, is retiring.

Boyer, 74, reflected on his 15 years as pastor in Paterson. During that time, he actively worked to provide play space to youngsters in the crime-ridden Wrigley Park neighborhood in the 4th Ward while attempting to beautify the area. He secured funding to turn a vacant lot a block away from his church into a playground for young people. He also played a key role in creating the Martin Luther King, Jr. Park across the street from his church.

“I’ve been quite active for a long time,” said Boyer.

Boyer installed a basketball court in his church parking lot and opened it up for neighborhood children to play.

“Everyday. No matter what the weather,” said Boyer when speaking of youngsters appearing at the parking lot to play basketball.

“You could see the change. If you ride through there now, you’ll see kids playing basketball in his parking lot,” said councilwoman Ruby Cotton.

Cotton represents the 4th Ward where Boyer’s church is located.

Cotton praised Boyer for his work in trying to better the community. Boyer joined the Ceasefire Community group to play a role in combating gun violence in the city. He said he also was part of the effort to declare violence as a public health issue.

“Pastor Boyer is a credit to our community and key collaborator. He is leaving a legacy of reliable leadership behind,” said mayor Andre Sayegh.

Boyer also played a role in a gun buyback program. He said the level of street violence in Paterson continues to shock him.

“Why is it that we have so much violence in Paterson?” asked Boyer. He said successive governments have not done enough to address the needs of the poor, disadvantaged, and young which contributes to the city’s myriad problems. “The resources our young people need is really not reaching them.”

Boyer was born in Washington in Warren County. He graduated from the Essex County Community College with a degree in accounting. He then received a bachelor’s in business administration from Bloomfield College. He earned his master of divinity from New Brunswick Theological Seminary and is working on his doctorate in ministry at the Newburg Theological Seminary.

Boyer was appointed to serve as the pastor of Bethel AME Church on April 1, 2005. He is expected to retire in late March. A successor will be named in March, he said.

The pastor is having a retirement celebration at the Bethwood in Totowa on Feb. 28 at 6:30 p.m.