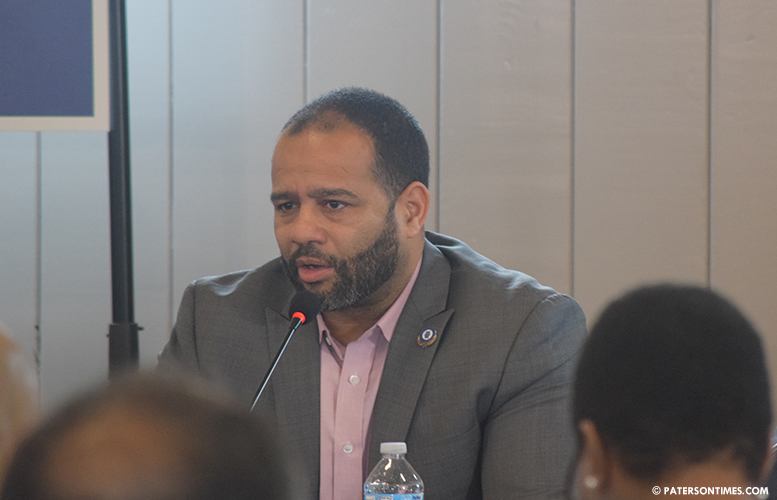 Jackson’s business did not have a valid health inspection for two years, municipal documents obtained through a records request show. Inspectors tried to conduct an inspection of his business in June 2018, August 2019, and October 2019 without success.

“This establishment has been closed (out of business),” reads an inspection report from June 2018. A second report from August 2019 says a “yellow” notice was left at the gate with a phone number for the owner to schedule an inspection. And a third report from October 2019 says the business’s entrance was locked.

Municipal officials controversially issued a $1,300 payment to Jacksonville Restaurant for catering services on Feb. 18. Jackson served as the chairman of the committee that put on the Black History Month celebration.

No one knew Jackson’s business did not have the “sanitary inspection” certificate. Why is it important? Health officials inspect restaurants to ensure businesses are following New Jersey State Sanitary Code. Inspectors check a list of more than 60 items to make sure a business is sanitary and its employees are following guidelines to avoid contamination to prevent foodborne illnesses.

When asked why he would serve food to people in the Black History event when his business lacked health inspection, Jackson said, “We have a long-standing track record of doing quality business in the city. No one ever has gotten sick. We have a very high standard of practice.”

Jackson is running for re-election in two weeks. Nakima Redmon and Mosleh Uddin are challenging the incumbent councilman for the 1st Ward seat.

“I’m surprised that he was catering without any kind of health inspection,” said Uddin. “That was irresponsible of him.”

The Black History Month celebration was attended by approximately 75 people, many of whom consumed the food provided by Jackson’s restaurant.