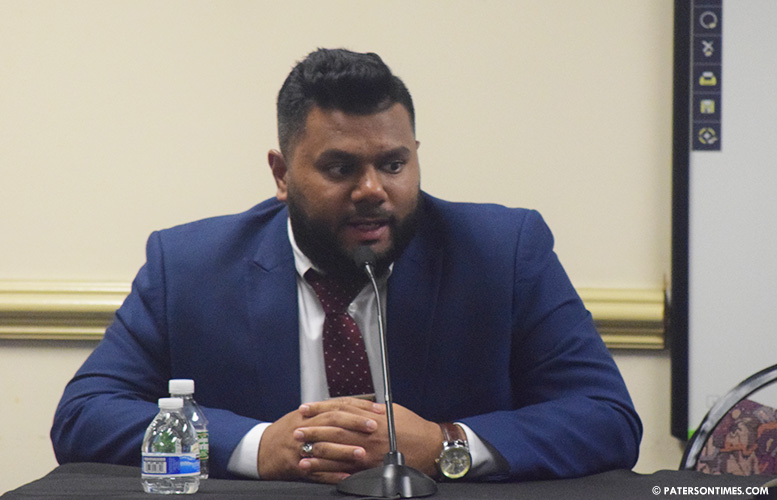 A candidate running for the 1st Ward seat on the City Council had to change his campaign flyer on Friday afternoon for urging donors to write checks to his name rather than his campaign committee.

“That was an error on the flyer,” said Mosleh Uddin when asked about his campaign flyer posted on his social media page on Feb. 3 that urged donors to “Make checks payable to Mosleh Uddin.”

Uddin said he is fixing the error and will re-publish his flyer. He later took down the old and posted a new flyer that urged donors to make “checks payable to Mosleh Uddin for Council.” He also set the new flyer as his profile image on his Facebook page.

New Jersey Election Law Enforcement Commission (ELEC) has guidelines for candidates on accepting campaign contributions. “The name of the candidate committee or joint candidates committee must be the sole name under which the committee receives contributions, makes expenditures, provides political identification, and otherwise does business,” reads the compliance manual for candidates.

“Generally speaking, a candidate can only accept checks made out in the name of their fundraising committee,” said Joe Donohue‚ deputy director of New Jersey Election Law Enforcement Commission (ELEC).

Uddin’s flyer also states it was paid for by the “Friends of Mosleh Uddin.” A candidate committee “must contain the surname of the candidate and the office sought,” according to the compliance manual.

State officials have yet to receive what’s called the D-1 form from Uddin which designates a campaign treasurer and a depository. Such a form must be filed within 10 days of receiving a contribution or making an expenditure under ELEC rules.

Uddin said he is in the process of filing the D-1 form.

Uddin is challenging controversial councilman Michael Jackson for the 1st Ward seat. Five people will be potentially battling for the seat. Among them are Jackson, Uddin, school board member Nakima Redmon, Demetrius Davis, and Sharonda Roberts. Deadline to enter the race is in early March.

Jackson is facing the most opponents in the ward elections. All six City Council ward seats are up for grabs in May. Jackson held the the seat with 943 votes in a three-person race in 2016, according to election records. He was first elected to the seat in 2015 in a special election following the conviction of disgraced former councilman Anthony Davis.

Uddin’s flyer states he is hosting a “meet and greet fundraiser” on Feb. 28 at 7 p.m. at 180 Union Boulevard in neighboring Totowa.