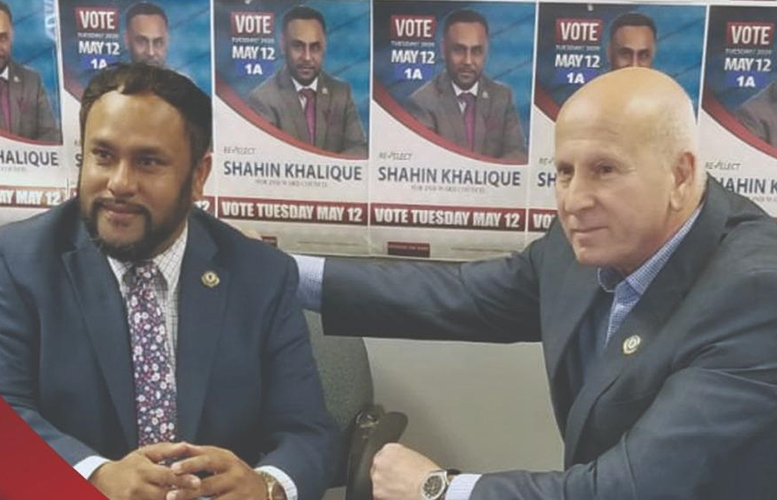 “I think he is the best guy for the job. He votes against tax increases. He is not a yes-man for the mayor,” said Goow.

Khalique has voted against budgets that contained property tax increases since taking office.

“It’s a huge endorsement. I’m honored to have councilman Goow’s support for my re-election. When he was in office, he always looked out for taxpayers,” said Khalique. “Following in his footsteps is not easy.”

Goow, a three-term former councilman, has a loyal base of voters in the 2nd Ward.

Both Khalique and Akhtaruzzaman sought Goow’s endorsement. Filippelli did not, said the former councilman.