Drunk driving Paterson councilman, ‘Just give me a ticket. My uncle is a sheriff’s officer.’ | Paterson Times 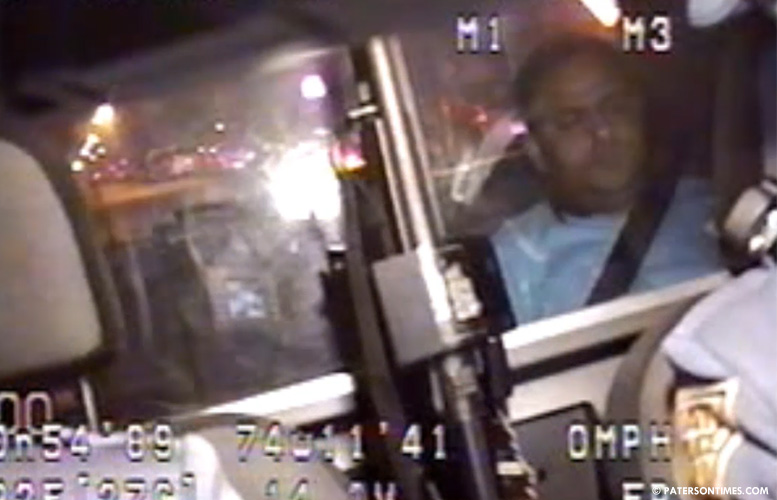 Councilman Shahin Khalique did not want state troopers to charge him with the offense of driving while intoxicated (DWI) when he was pulled over for drunk driving. He told state troopers, “Please don’t give me no DWI, boss.”

Khalique wanted the officers to issue him a citation and let him go. He was ordered out of his car, put in the back of a police vehicle (pictured), and taken to the New Jersey State Police Barracks in Totowa for a sobriety test.

“Just give me a ticket. My uncle is a sheriff’s officer,” Khalique is heard pleading, his voice slurring, with one of the two state troopers.

Khalique has a back-and-forth exchange with an officer who offers him a “rundown” of the next steps.

“What am I getting arrested for, officer?” asks Khalique.

Khalique was charged with intoxicated driving on Don Bosco Avenue in Paterson.

The officer explains to Khalique he is being taken to the station for a breathalyzer test. He explained Khalique would receive a summons if the test showed elevated blood alcohol content.

Khalique continues his exchange with the officer.

“Don’t be a jerk to me now, alright?” a state trooper tells him.

Khalique’s intoxicated driving stop and exchange with the officers appear in a 28-minute dashboard camera video of the incident. A former Khalique supporter sent the video to the Paterson Times on Thursday morning. A state trooper is heard in the video saying Khalique was driving on the wrong side of the road and almost struck a parked vehicle.

The incident took place on Feb. 4, 2010. It was never publicly reported until this year, when the Paterson Times published a story about the incident. The revelation shocked the Bengali community, a predominantly Muslim group, that Khalique counts on for support. Some of Khalique’s political allies have argued the councilman was young and made a mistake. He was 35 years old when the incident took place.

Khalique did not respond to a message for comment on Thursday.

As he seeks a second term on the City Council, Khalique has lost some of his conservative Muslim supporters because of the drunk driving incident. He is facing two opponents — Frank Filippelli and former councilman Mohammed Akhtaruzzaman — in the May 12 election for the 2nd Ward seat.

Full video of the incident is below: