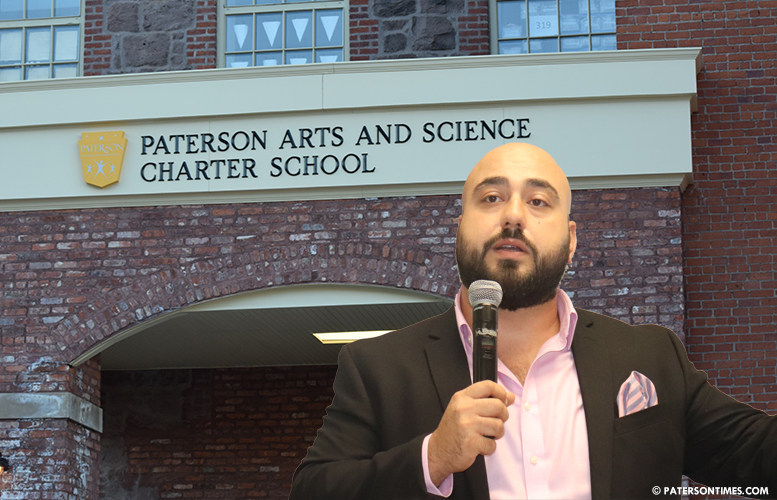 The Paterson Arts and Science Charter School has paid out $450,000 to settle a sexual harassment lawsuit filed against it and its former director Danny Necimo.

Necimo was sued for allegedly sexually harassing and sexually assaulting Jenny Ramos, who worked as a receptionist at the Paterson Arts and Science Charter School on Grand Street.

Board of Trustees for the Paterson Arts and Science Charter School approved the settlement on May 16, 2019, according to records obtained by the Paterson Times this week. The settlement was never reported until now.

Ramos chronicled Necimo’s alleged treatment of her in the lawsuit.

“Those look nice,” Necimo allegedly told her. “I like big-breasted women.”

In one incident, Feb. 2017, Necimo allegedly grabbed the woman by her buttocks. In another incident, May 2017, Necimo asked the woman to come to the conference room, shut the door, and approached her from the back. He grabbed her breast, took it out of her shirt, and tried to put his lips on her bosom, according to the lawsuit.

“If you don’t like it, there is a f–king door,” Necimo responded to her complaint.

Ramos filed a complaint with iLearn Schools which owns and operates the Paterson Arts and Science Charter School. The school sided with Necimo and fired her, according to the lawsuit.

The settlement agreement states neither the school nor Necimo are admitting to any wrongdoing by settling the case. Settlement was paid out in three payments. $203,808 check went to the attorney. $236,192 went to Ramos. And a $10,000 check was issued to Ramos.

Necimo, who goes by a series of fictitious names, including Danny Necimoglu, resigned after the Paterson Times reported the sexual harassment allegations against him.

Two months after his resignation, a second woman, identified as B.B., a former science teacher, sued Necimoglu and the Paterson Arts and Science Charter School for sexual harassment. That case remains pending.