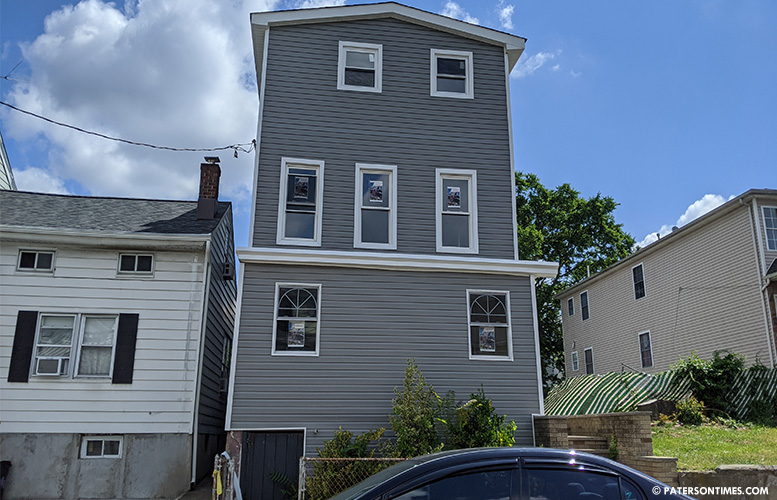 A zoning board member has been cited for allegedly adding an extra floor to his property on Redwood Avenue without construction permits.

Joyed Rohim, who has been on the Board of Adjustment in Paterson for several years, was issued two “stop construction” orders in early June for unsanctioned construction work at 24-26 Redwood Avenue.

Each citation carries a $2,000 penalty. Each week the violation remains after July 1, Rohim could accumulate $20,000 in penalties, according to the two violation notices.

But Jaslin Construction failed to get the permits.

“People are trying to blame me,” said Rohim. He said he is busy with work and expected the contractor to handle all facets of the work.

Izaguirre did not respond to a call for comment.

Gilmore confronted Izaguirre for his conduct. A video of the confrontation emerged showing both men having a verbal exchange. Gilmore allegedly grabs his crotch and states he has the contractor “by the balls.”

Supporters of both Izaguirre and Gilmore reportedly held protests in downtown Paterson over the encounter.

Images of Gilmore grabbing his crotch are plastered on the windows of the property at 24 Redwood Avenue.

Gilmore was reportedly reprimanded for his conduct.

When asked who put up the lewd images of Gilmore at the property, Rohim said, “I didn’t put that up. The contractor did it.”

Gilmore and Izaguirre have a lengthy history.

Jaslin Construction is known for doing construction in Paterson without obtaining permits. In 2017, Izaguirre’s company lobbied then-mayor Jose “Joey” Torres to withdraw violations it had received for handling construction without permits at 335 Market Street. At that Market Street property Izaguirre obtained a building permit for a small project with 12 sheets of sheetrock, but was doing a full blown addition to the structure.

It’s not clear if Jaslin Construction ever obtained permits for the Redwood Avenue property.

Rohim said he turned over the violation notices to the company to handle. Rohim was re-appointed to the Board of Adjustment by councilwoman Maritza Davila on June 30. He was previously appointed by councilman Shahin Khalique, who is no longer on the City Council.

The second-floor addition to the property, from the outside, appears to be completed.

Some council members in the past have had expressed frustrations that the city is lax in enforcing the construction code. When it catches violators, the city fails to force them to demolish their unsanctioned property improvements.

Rohim, who owns other properties in the city, said this is the first time he undertook a project of this size. He typically purchases properties, makes small repairs, and rents them out. He bought the Redwood Avenue property in May, he said.