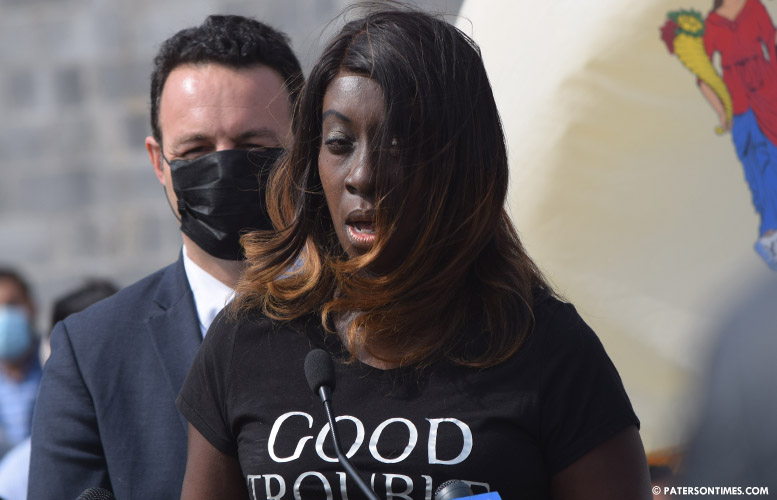 Councilwoman Lilisa Mimms aggressively pushed to fill the vacant 3rd Ward seat on the City Council over the past three weeks.

On Friday, Mimms’ effort to get retired school administrator Vivian Gaines appointed to the seat collapsed.

“I have no comments,” said Mimms on Monday.

Mimms, who triggered the behind the scene machinations, had falsely claimed she did not float Gaines’ name for appointment.

It’s not clear whether Mimms was independently pushing for Gaines or whether someone else had influenced her to lobby for her appointment.

Council president Flavio Rivera said two council members spoke to him about filling the vacancy. He said Mimms was the first to call him. She mentioned the names of Gaines for the seat.

Mimms was also attempting to build support for her push, according to multiple municipal officials. Prominent Black leaders, including assembly members Benjie Wimberly and Shavonda Sumter, also lobbied to fill the vacant seat.

Both Wimberly and Sumter reside in the 3rd Ward. Gaines’ husband Linton Gaines has donated to Sumter’s campaign and is linked to Wimberly.

Mimms launched her campaign to fill the vacancy a week after Rivera publicly said the City Council would not appoint someone to the seat.

Council members did not view the vacancy as an emergency.

Mayor Andre Sayegh, who did not push to fill the 3rd Ward vacancy, appeared on the verge of calling for the emergency meeting to placate those pushing to fill the vacancy. He made phone calls to try to feel out whether his allies on the council would appear for an emergency meeting.

Sayegh on Friday morning said he called Rivera and told him he would not call an emergency meeting.

Rivera had said the council could function with a vacant seat. He said three at-large council members could represent the residents in the 3rd Ward until people elect their representative on November 3.

Rivera filled the 2nd Ward seat because the council could not function properly with seven members.

No one consulted the two men who, combined, received 86 percent of the votes in the 3rd Ward in May. Both former council members Alex Mendez and William McKoy said they were not consulted by those pushing to fill the vacancy.

Both men preferred to keep the seat vacant.

“I purposely didn’t want to get myself involved with that,” said McKoy. “Initially, I had no idea who the representative would be.”

“I haven’t received any phone call from the councilwoman. I never understood the rationale to fill that seat,” said Mendez. He had won in the May election, but a judge nullified the election results because of voter fraud. He is facing voter fraud charges, but had denied the allegations.

“I’m very satisfied with that because there was no need to fill that vacancy,” said Mendez of the seat remaining vacant. He said whomever wins on November 3 will be sworn-in immediately and start serving the residents.

Mendez saw no point in appointing someone to serve for little over a month.