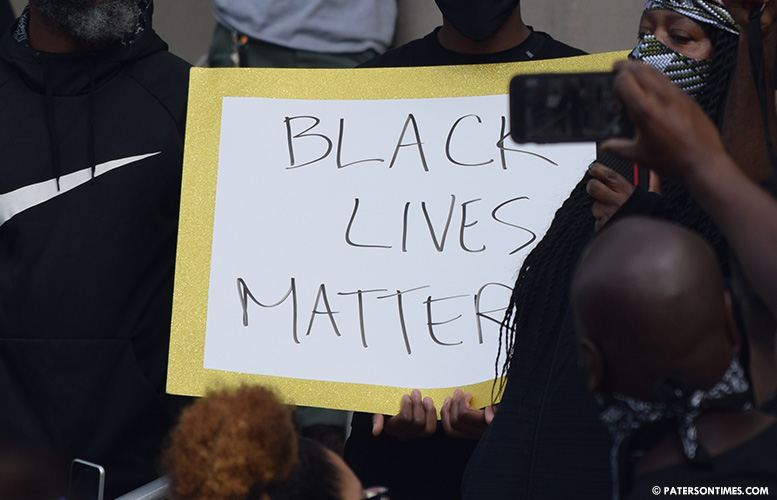 The American Civil Liberties Union (ACLU) has filed a lawsuit against Paterson for the alleged unlawful arrest of two Black Lives Matter leaders during a 2019 protest.

Zellie Thomas and Walter “Hawk” Newsome, Jr were among 50 people protesting the death of Jameek Lowery outside City Hall on January 11, 2019. Both men were arrested after the protesters stepped onto the roadway on Market Street.

Both Thomas and Newsome were allegedly targeted by police because none of the other protesters were arrested. Police did not warn the protesters they would be arrested if they stepped onto the roadway, says the lawsuit filed on January 7.

The day before the protest, lieutenant Sharon Easton, at the direction of then-deputy chief Heriberto “Eddie” Rodriguez, contacted Thomas to discuss the rally schedule, including duration of the rally and use of sound systems. She told Thomas barricades would be placed at the rally to stop people from going into the roadway. Easton never told Thomas he would be arrested if he walked into the roadway, according to the lawsuit.

Then-lieutenant Shawn Mc Ivor “falsely,” alleges the lawsuit, told police officers Jose Galvin, Joel Santiago, Carlos Charon, and Arcenio Sanchez that Thomas was told if he walked into the roadway he would be arrested.

After an hour of speeches critical of police, the protesters began to march. Some were on the sidewalk and some on the roadway, says the lawsuit. Protesters walked down two blocks on Market Street. Police officers Galvin, Santiago, Charon, Sanchez, and others arrived on motorcycles and blocked their path, says the lawsuit.

Thomas and Newsome were placed in handcuffs. They were charged with obstructing highways and other public passage and interference with transportation. The lawsuit argues a roadway must be rendered “impassable” before someone can be charged with obstructing a highway. That was not the case in this incident. The interference with transportation charge requires a person to “act purposefully or knowingly in delaying a vehicle.” The lawsuit states, “There was not probable cause to believe that Mr. Newsome or Mr. Thomas either delayed a vehicle or did so with knowledge or purpose.”

Thomas and Newsome were held in cellblock for several hours before being released. Both men pleaded not guilty in court. It took more than a year before their cases could be resolved.

Police officers Galvin and Santiago testified in the trial and insisted protesters were given warning despite a video that showed none was given, says the lawsuit.

Municipal court judge Xavier C. Rodriguez found Thomas and Newsome not guilty on December 18, 2020. He entered an order that allowed for expediated expungement of their arrest records.

Thomas and Newsome did not pay out-of-pocket costs for lawyer fees. But both men missed work to appear in court.

Thomas of Paterson works as a teacher in the school district.

Newsome of the Bronx was studying for the New York Bar Examination at the time of the court proceedings. The criminal charges were a “significant distraction” from his studying, says the lawsuit.

Thomas led half-dozen protests in Paterson over the death of Lowery. The Passaic County prosecutor says Lowery died because of an adverse reaction triggered by ingestion of bath salts. However, Lowery’s family claims police officers “choked” him in the ambulance, leading to his death.

“The Paterson Police Department targeted activists for arrest because they were perceived as leaders of a movement that was critical of police. By unlawfully arresting the activists, the City (which operates the Department) and the named officers, known and unknown, chilled the activists’ speech and expressive activities, making it harder for them to convey their message seeking change,” says the lawsuit.

The lawsuit seeks the court to declare both arrests were made in retaliation for the men exercising their right to free expression. It also seeks an injunction to stop police from broadly interpreting the two offenses that were levied against the two Black Lives Matter leaders.