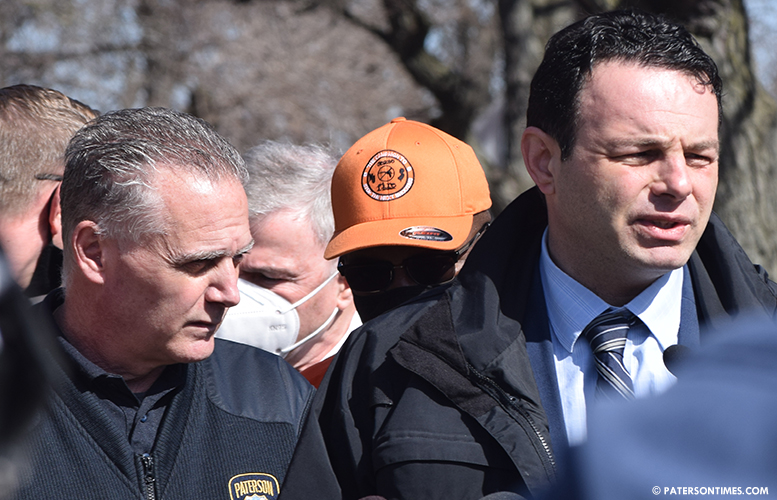 A police mobile command center has been stationed at the violent street corner where five people were wounded in a shooting over the weekend.

Public safety director Jerry Speziale said the command post will be stationed at the site until mid-April. He said it will be manned by a pair of police officers 24 hours a day. He said there are also cameras at the Carroll-Governor intersection to deter criminal activity and violence. 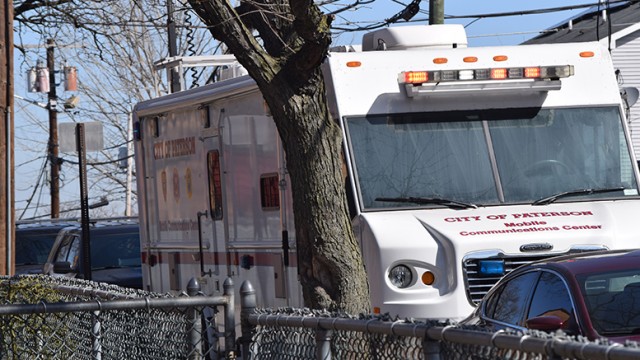 Speziale said police have prioritized the seizure of illegal guns to stop the next shooting. Police seized 21 guns in January and another 26 in February, said mayor Andre Sayegh during a press conference at the corner on Tuesday morning. Last year, police seized 200 illegal guns, said the mayor.

Speziale said police are also strengthening the so-called Extra Protection Initiative, which targets the crime hotspots seven days a week, and the Ceasefire Unit. Ceasefire Unit was usually off on Sundays and Mondays, said Speziale.

“We filled that gap, so they are seven days a week now,” said Speziale.

Sayegh said there has been an uptick in gun violence all over New Jersey and the United States.

“The uptick in gun violence is not anything that’s unique to Paterson — it’s nationwide. We all know that,” said police chief Ibrahim “Mike” Baycora.

Baycora said the mobile command post will give the community a “sense of comfort and reassurance.” He said he is also working on an initiative to increase police visibility.

“We can’t do this alone. We need the cooperation of the community,” said Sayegh.

“Our police department is working very hard, but they need your help. They need the community’s help,” said councilwoman Ruby Cotton, who represents the 4th Ward, where the shooting took place.

Councilman Michael Jackson and several others stood across the street from where the mayor was hosting his press conference. Jackson heckled Sayegh and some other speakers.

“It’s unacceptable to see mothers and fathers having to have wakes and funerals for young kids. My God, when are we going to stop? We have to say no to violence,” said councilwoman Maritza Davila. “Mayor, we need you to take action.”

“What has he done?” shouted Jackson.

Jackson later said seizing guns is not enough. “The same vehicle that’s bringing these guns in will bring in more,” he said.

Jackson suggested Sayegh has been ineffective in tackling crime and violence in Paterson. Murders reached a 31-year high last year.

“It’s embarrassing. He should be embarrassed,” Jackson told reporters after the mayor’s press conference.

Sayegh and Speziale said two new police initiatives are in the works to tackle street violence. They said both initiatives will be announced before the summer.