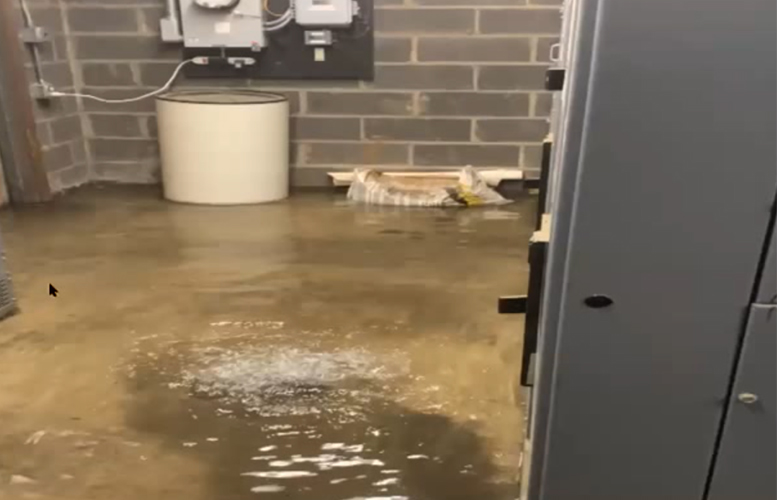 Thirty-three school buildings sustained water damage as remnants of hurricane Ida slammed Paterson with heavy rain last week prompting the Board of Education to convene an emergency meeting on Friday to start the academic year remotely.

“We had severe damage to some of our buildings, more so than others,” said superintendent Eileen Shafer on Friday.

Facilities director Neil Mapp said most buildings sustained flooded basements and roof leaks. He said in some cases water came in through drains and bathrooms as the antiquated combined sewer system filled up with stormwater.

Mapp showed images of the damage, including a badly flooded basement.

School officials spent millions of dollars in preparation for in-person school opening in September. Schools in Paterson have been closed since March 2020. It’s not clear how long the district will remain remote.

“We need to leave that date open because we have some severe damage,” said Shafer.

Shafer said the district will remain remote until repairs are made and the schools are ready for students.

“We want the entire district to go remote until we can get some of this damage remediated,” said school board president Kenneth Simmons.

Simmons said more water came into the buildings as the Passaic River crested following the downpour.

School board member Emanuel Capers said many students and their families were badly impacted by the storm.

School officials did not have a dollar figure for the damages. Simmons said district buildings have insurance.

Simmons said the district is appealing to the New Jersey Department of Education to count the remote days towards the school year.

Governor Phil Murphy had wanted all schools to open in-person unless they could show extenuating circumstances, said Simmons.

“For us this is an extenuating circumstance,” said Simmons.