Paterson to award $742,000 contract to firm that gave to Hudson County PAC that backed Sayegh in mayoral race | Paterson Times 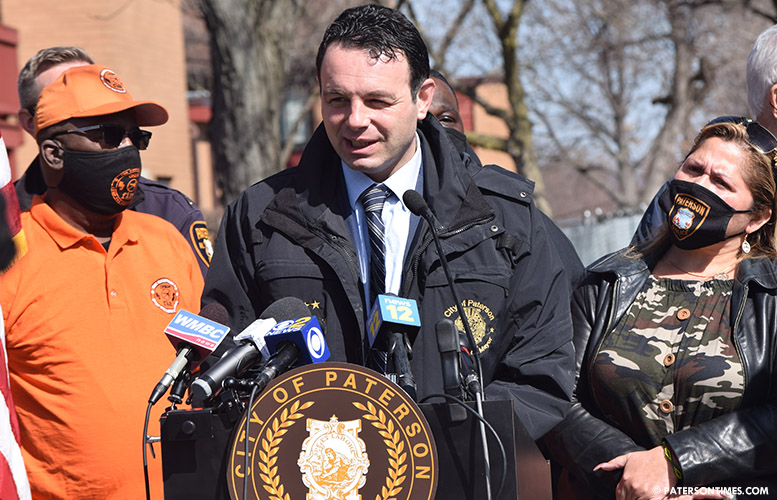 Mayor Andre Sayegh’s administration is planning to award a $742,000 contract to a consulting firm that gave to a Hudson County political action committee (PAC) which spent large sums of money to get Sayegh elected nearly four years ago.

Hoboken-based NW Financial Group is in line to receive the $742,050 contract to provide “technical assistance to the city with sub-recipient management, compliance. and reporting for programs and services funded through coronavirus state and local fiscal recovery funds,” according to city records.

“As you know, there is a fair and open RFP process and applicants are selected based on the criteria relative to the scope of work,” said Sayegh.

NW Financial Group was one of two firms to respond to the city’s request for proposals. The other was Parsippany-based Tetra Tech which submitted a proposal for $1.7 million, according to city records.

Proposals were evaluated by a “committee” in the Sayegh administration that determined NW Financial Group’s proposal was “highest ranking proposal,” according to a resolution to award the contract before the City Council.

Some members of the City Council pounced on Sayegh for trying to award a contract to a firm that aided him in winning the mayor’s office.

“I’m shocked. We didn’t have that information,” said councilman Alex Mendez. Council members had the resolution to award the contract before them during their workshop meeting last week. They barely discussed the item at the meeting. The council will take a vote on the contract on Tuesday night. “This is one of the most corrupt administration that I ever seen in the history of the city of Paterson.”

“This is customary Andre Sayegh. This is what he’s been doing since he was a councilman,” said councilman Michael Jackson. “It looks horrible.”

“This mayor has been dedicating himself to paying back people that supported him,” said councilman Luis Velez. Meanwhile street violence and killings have increased, and basic services are not being provided to residents, he said.

Mendez, Jackson, and Velez are expected to run against Sayegh next year.

Both Jackson and Mendez mentioned pay-to-play. Under the city’s pay-to-play law, a professional services firm is barred from making reportable political contributions to municipal candidates and political action committees backing them within a 12-month period. In this case, Enright made the contribution more than three years ago, allowing his firm to receive the contract without running afoul of the pay-to-play ordinance.

Enright did not respond to a call for comment for this story.