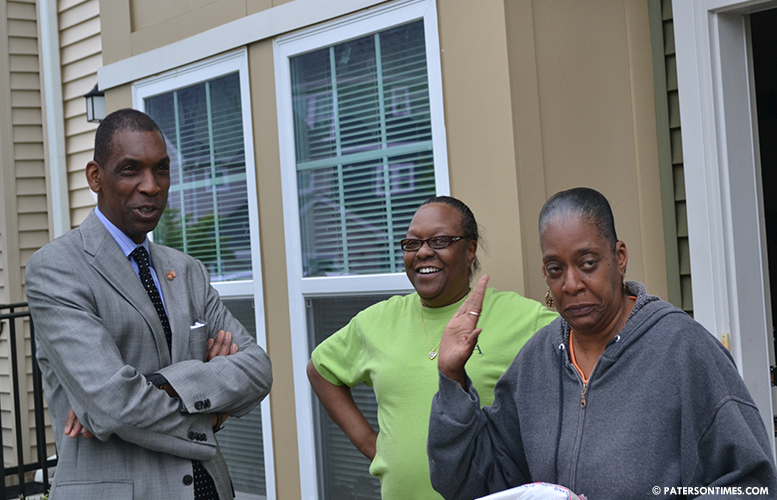 With polls closing in less than an hour city residents expressed dissatisfaction with the current administration, and hope a more capable mayor takes over city hall.

“Crime that’s a big issue,” said Dave Ferguson, a 1st Ward resident who voted at the Christopher Hope Community Center. “We thought Jeff would eliminate a lot of that.”

After having voted for Jones four years ago, Ferguson said he is going with someone different this time around. He suggested earlier in the day he voted for Andre Sayegh, 6th Ward councilman.

“Jones was a letdown,” said Ferguson.

Some blocks away in front of School 14, an ambulance driver passing by observing voters exiting their vehicles blurted, “Vote Andre!”

“I want to see this city change,” said Rahim Ali, a Bangladeshi-American who opted to vote for Sayegh.

Ali said crime and safety are his main concern. Ali said Sayegh has a plan to combat crime once he gets into office. As Ali spoke a family of three walked to their vehicle after casting their ballots for Jose “Joey” Torres, former two-term mayor.

“Joey Torres!” yelled Pedro Pagan, a 1st Ward resident, who convinced his entire family to vote for the former mayor.

When asked about the current administration’s performance, Blanca Pagan, the wife, said, “He no good.”

“Whoever wins will do better,” said Pagan.

In the neighboring 4th Ward the sentiment appears similar. Residents unhappy with the past four years, expressed confusion and uncertainty.

Rosa Ginn, a 4th Ward resident, said she made her decision on the council at-large candidates, but has yet to figure out who will get her vote for mayor. “I don’t know, I don’t know, who I will vote for,” said Ginn. “Once I’m in there, I’ll know.”

Ginn said Jones came to office with a great deal of hope and promise, but has done little to help the city’s most distressed neighborhoods in the 4th and 5th Wards.

“I didn’t know Goow was running,” Ginn said, when names of candidates came up. “Goow is good though,” said her husband who didn’t want to be identified.

Over in the 5th Ward with two polling sites changed to nearby locations many voters circled around the block unable to find their location. “They can’t find where to vote, that’s why they driving around,” said Jose Cruz, a campaign worker for Maria Teresa Feliciano.

Not every resident seemed unhappy with the performance of the current administration. “Honestly, it was alright,” said a 5th Ward woman.

“It’s going to be a little tough,” said Lisa Bridges, who has been working for the Jones’ campaign. “It’s still hopeful.”