Council members hurl themselves into a landlord-tenant dispute | Paterson Times 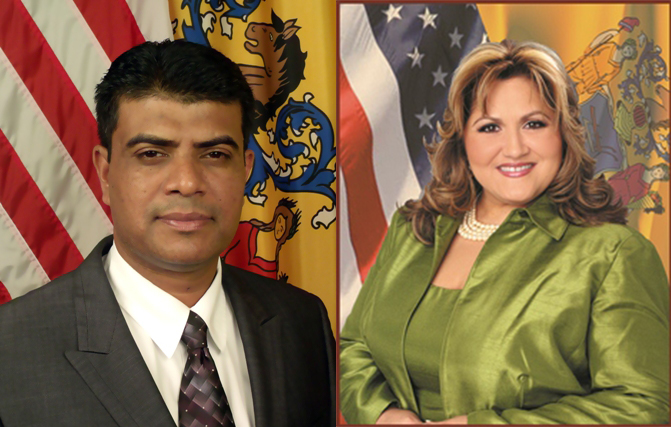 Two city council members have involved themselves into a nasty landlord-tenant dispute that broke out on Edmund Avenue last month and ended in violence.

Councilwoman at-large Maritza Davila and 2nd Ward councilman Mohammed Akhtaruzzaman have been waging a proxy war against each other through a landlord-tenant dispute that allegedly left one man hospitalized on April 17th, 2015.

That Friday morning, Nelson Hernandez, superintendent for 215 Edmund Avenue, said he was bringing back garbage cans from the sidewalk, when he and a friend of his, Rafael Ortiz, got whiff of strong marijuana odor emanating from the backyard of the apartment complex.

“I went back there and sure enough he was there smoking,” said Hernandez.

Choudhry said he was puffing on a cigarette in the backyard. “They told me not to smoke cigarette at the back of the building,” he said.

Hernandez said there was a slight verbal dispute in the backyard, but the two men left Choudhry and now were in the corner of Edmund and Union Avenues. Choudhry said he was heading to work at the time.

He told my friend to mind his business, said Hernandez. Ortiz said he was threatened when Choudhry approached him with the coffee container. “When I go to work I always have that coffee can,” explained Choudhry.

Ortiz allegedly struck Choudhry. Hernandez alleged Choudhry threw a weak punch at Ortiz first, but that it did not do damage. Police was called in. Choudhry’s brother in-law contacted Akhtaruzzaman, who arrived on the scene after police left, said the councilman.

Choudhry said he was attacked because he’s been making complaints to the city over violations at the site including elevated lead levels inside his apartment where his two children reside.

At some point during the dispute or after, Davila’s on-again-off-again boyfriend Henry Sosa who operates a print shop out of her Union Avenue office responded to the scene. He is said to have told Ortiz and Hernandez that council members should not get involved in such things and that police should solely handle it, said Hernandez.

Sosa declined to comment. He said he was being “harassed” by a reporter.

Sosa’s involvement though resulted in Davila getting involved. Ortiz and Hernandez visited the city council deliberations on April 28th, 2015 to share the incident. Hernandez said he has received a court notice that Choudhry has filed charges against him. Choudhry said he has filed charges against both Ortiz and Choudhry. Davila gave support to Ortiz, who is a friend of Sosa’s, and Hernandez.

Davila did not respond to a message seeking her comments for this story.

“He’s lucky he’s outside,” said Akhtaruzzaman of Ortiz. On Sunday, Akhtaruzzaman said, “You don’t do that in a civilized society.”