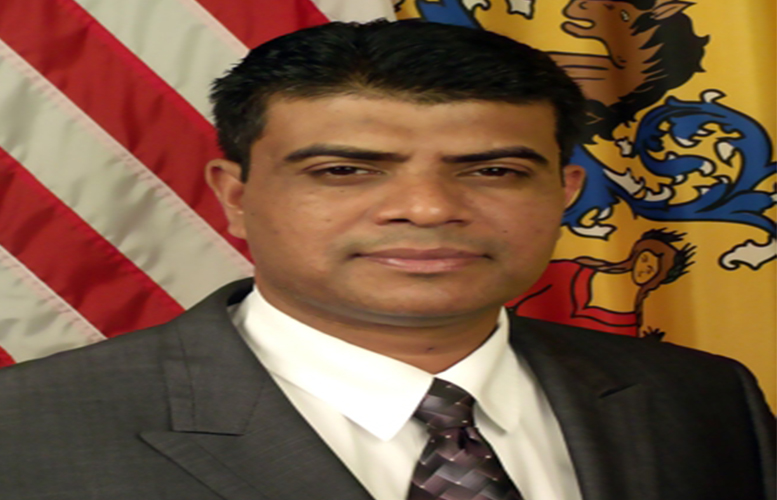 2nd Ward Councilman Mohammed Akhtaruzzaman has filed countercharge in the city’s municipal court against Rafael Ortiz who alleged the councilman harassed him during a landlord-tenant dispute on Edmund Avenue in April.

Akhtaruzzaman in his harassment complaint filed last Tuesday alleged Ortiz threatened physical violence on him. “I sent your friend to the hospital, I’ll beat you up, and send you to the hospital,” Ortiz is alleged to have said, according to Akhtaruzzaman.

Ortiz laughed at the complaint on Monday morning. He said he did not have time to comment and was busy with work. Ortiz filed a harassment charge against Akhtaruzzaman on May 13th, 2015, alleging the councilman intervened in the dispute and threatened to “not rest” until he was behind bars.

The charges and the countercharge stems from a dispute that unfolded on April 17th, 2015 on Edmund Avenue. Ortiz was with Nelson Hernandez, the superintendent of an apartment building on Edmund and Union Avenues, when they perceived suspected marijuana odor coming out from behind the apartment building.

Ortiz and Hernandez went to the back of the building to find Basharul Choudhry, a tenant, smoking at the back. Choudhry denied he was smoking marijuana.

The tenant said he was smoking cigarette.

The two men confronted Choudhry and told him to stop. Moments later, the three men again crossed paths in the corner of Edmund and Union Avenues, at which point some sort of an argument erupted, and Ortiz allegedly struck Choudhry.

“The guy approached me asking what are you doing here?” said Akhtaruzzaman. He said he told Ortiz, “I don’t want to talk to you.”

Akhtaruzzaman said at that point Ortiz, who is a friend of Henry Sosa’s, a close friend of councilwoman Maritza Davila’s, threatened to utilize the councilwoman against him.

Hernandez said Sosa arrived on the scene from his Union Avenue print shop. Davila two weeks ago said she received a call from a constituent, but she was not at the scene.

Sosa did not respond to a call for comments.

Akhtaruzzaman said he came after the fact. When he arrived police had completed a report and left and Choudhry was transported to St. Joseph’s Regional Medical Center, he said.

“There are some council members helping him. That’s unacceptable,” said Akhtaruzzaman.

Davila has shown support for Ortiz and Hernandez when the two men came before the council with the matter. She said she did not know either of the men, until they made an appearance at the council.

Davila could not immediately be reached for comments on Monday morning.

Court director Manuel Quiles said Ortiz’s case has been sent to the New Jersey Superior Court’s presiding judge who oversees municipal courts. He said now the judge has to determine a venue for the case. He said because Akhtaruzzaman is a city councilman the case cannot be heard in the Paterson municipal court.

“We sent it up there and they’ll respond to us within a week or so,” said Quiles. He said cases are usually transferred to Passaic or Clifton.

Akhtaruzzaman, who has been the subject of similar complaints in the past, said the initial complaint by Ortiz was “political.” He alluded to Sosa’s ties with a potential 2nd Ward candidate who is seeking to oust the councilman.