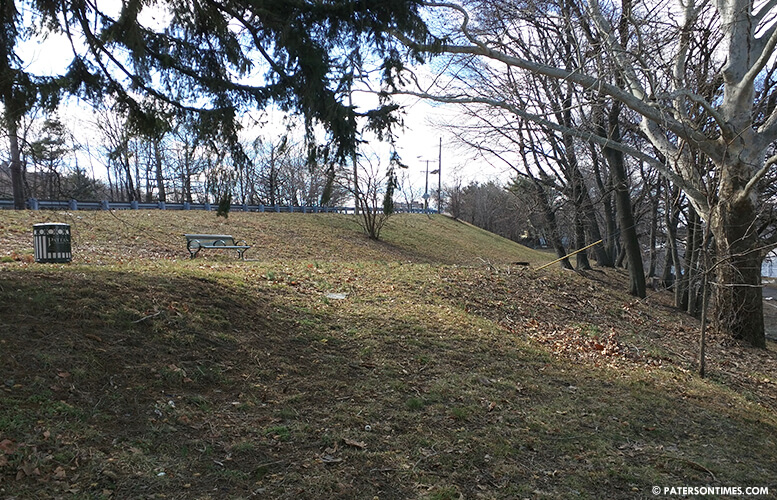 After closing down a dangerous stretch of Barnes Street near Grand Street in the Stoney Road section, the Passaic County government spent $14,000 to create a pocket park called the Paterson Canal Park.

The county’s planning department conducted a series of clean-ups over the past two years and installed benches, waste receptacles, and kiosks at the park, said Keith Furlong, spokesman for the county. 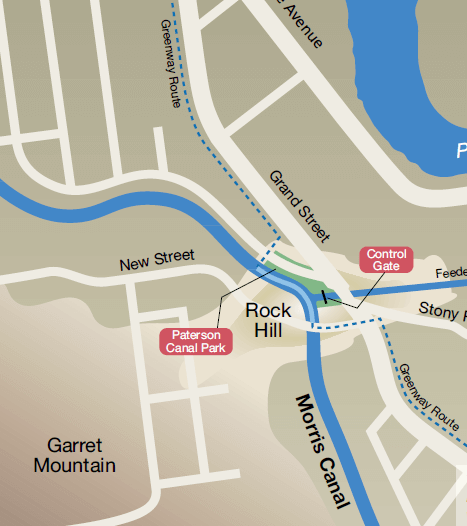 Furlong said the county also removed hazardous trees or trimmed them back in the area. He said much of the work was completed late last year.

Furlong said the county will install interpretive panels which will highlight Paterson’s role in the historic Morris Canal which brought great prosperity to northern New Jersey by facilitating commerce.

The canal was chartered in 1824. Paterson and the Society for Establishing Useful Manufactures (S.U.M.) welcomed the canal as a transportation highway to move goods, according to one of the interpretive panesl to be placed at the location.

However, a water dispute – the S.U.M. had state-granted monopoly over the use of the Passaic River for transportation and manufacture – broke out between the canal building firm Morris Canal & Banking Company (MC&BC) and the S.U.M.

Both corporations reached an unsteady compromise that worked when there was an abundance of water. In the summer of 1845 lack of water forced the two corporations into a physical and legal battle.

The canal was built on the outskirts of the city rather than passing through it leaving Paterson disappointed. In the 1970s, the canal was abandoned, and Route 80 was built over it. Highway construction destroyed much of the canal, but a short stretch along Barnes Street remained, which is now being preserved as the Paterson Canal Park, according to the county.

Furlong said the pocket park is part of the Phase I of the Morris Canal Greenway project. The cost of phase one of the project was $1.6 million — $1 million from federal grants. The portion that went towards the Barnes Street park could not be separated from the larger project, he said.

Councilman Mohammed Akhtaruzzaman, who represents the area where the park is located, praised the county for making the area safer for both vehicle and pedestrian traffic.

Akhtaruzzaman said the park has beautified the area.

The county will seed the park with grass in the coming spring and hold a ribbon cutting ceremony to mark the completion of the project, said the spokesman.