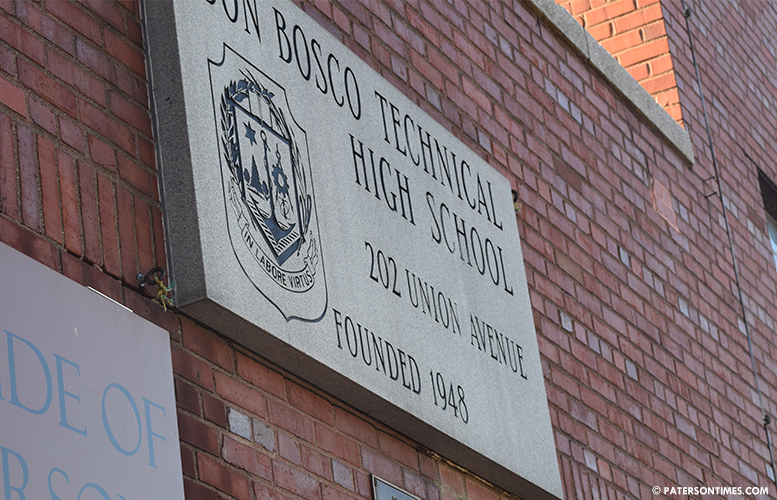 City education official say they would like to see an Olympic-size pool at the new Don Bosco Middle School to provide students swimming lessons.

Longtime school board member Jonathan Hodges suggested the New Jersey School Development Authority (SDA) include a pool as part of its construction of the new middle school on Union Avenue.

“Our kids can’t swim. You got a national park here. They may have swimming,” said Hodges. He said the Great Falls National Park will likely need lifeguards in the distant future and can hire young people from the city rather than looking elsewhere.

“Swimming pools are ineligible costs for SDA school facilities projects as defined by current DOE [Department of Education] regulations,” said Edye Maier, spokeswoman for the SDA, when asked about the possibility of including a pool as part of the school construction.

Hodges said the state has built them in Newark. Some also pointed out the new Trenton Central High School being built by the state also has a swimming pool. “I know they’ve done it in the past,” he said. His colleague Emanuel Capers said there may be a way around it.

Capers said the state could create a “hole” or space for the swimming pool without actually building it. This would leave it to the district to find the needed funds to separately put in a pool at the school building.

School officials plan to submit a request to the state. Facilities director Steve Morlino said last week the district has yet to submit any paperwork. He reckoned an Olympic-size pool could cost between $1 to $2 million. The cash-strapped district, which laid off large number of teachers in the spring, does not have the funds in its budget to cover the expense.

Morlino said the district has one pool that is not Olympic-size at the Norman S. Weir School. He said Newark school district has five for its students.

“We don’t have much here. I have to pursue every opportunity to give kids what I think we need,” said Hodges. He said it’s worth asking the state first for the pool before looking elsewhere.

Hodges said there may be grants or corporate donors willing to help construct a pool for city students. “I want to take every possible avenues to get it built,” he said.

The state has been amenable to local requests in the past. For example, the SDA put up a $2 million pedestrian bridge at the Hani Awadallah School connecting a neighborhood divided by train tracks. The bridge was requested by local leaders to ensure safe passage for children walking to school.

The state is demolishing the old Don Bosco building to make way for a new 161,000 square feet structure that will educate 1,000 students. Estimated cost for the new building is $112.9 million. New building is expected to open for students in 2021.