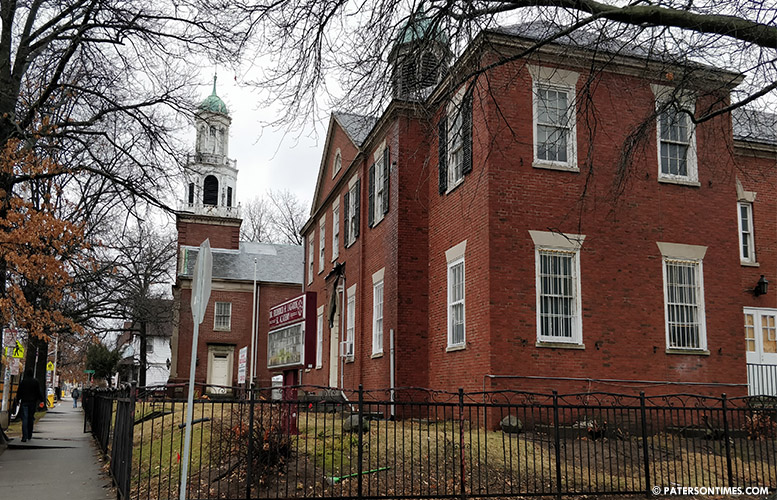 The school board rejected a $2.1 million lease deal for the former Lagarde Academy building on Tuesday night. Some school board members cited the “strong arm” tactic used by the developers among other reasons to reject the five-year lease agreement in a 4-2 vote.

“I don’t like being put under the gun. I walked out last meeting. I was insulted,” said longtime school board member Jonathan Hodges.

“I didn’t appreciate the tone and the tenor of the way these gentlemen came here last week and kind of tried to strong arm us,” said Martinez.

“I don’t think we strong armed them. We’ve been negotiating with them for four months,” said Michael Sico on Wednesday morning.

Neither the father nor the son was present at Tuesday’s special meeting.

“Today, there’s no one here to take questions,” remarked school board member Kenneth Simmons. Pastor Michael McDuffie, who brought the district and the developers together, was present.

“The building is not going anywhere. We have multiple offers. We’re just going to go back to the drawing board and make a decision which way we’re going,” said Michael Sico. The developers had said there were three other offers for the building from a parochial school, a daycare, and a charter school.

Sico did not have a time frame for when the building would be occupied by a prospective tenant.

The two existing leases are triple net which requires the district to cover repairs. There would be some savings from the developer handling repairs at the Broadway building.

Having a single nurse for both schools would produce some savings. This would not happen until the second year. The district planned to move Young Men’s Academy next year and Stars Academy the following year.

Lease on the Prospect Park building that houses Young Men’s Academy ends in Jun. 2018. The district has yet to begin negotiations for a new lease. Stars Academy lease isn’t up until Jun. 2019. The elimination of two leases for one would be “awash,” acting superintendent Eileen Shafer had said last week.

The school board discussion on the lease turned into a conversation about the Young Men’s Academy.

“Since inception, this school hasn’t been stable,” said Simmons. The school was housed at a building on Smith Street before it was moved to neighboring Prospect Park.

“They are hoping for a permanent home,” said Rosie Grant, executive director for the Paterson Education Fund. She urged the board to keep the boys in mind while considering the lease agreement.

School board member Emanuel Capers wanted the district to lease the building solely for the Young Men’s Academy to allow for expansion. The school covers 3-7 grades. He wants the school to go up to 12th grade.

Shafer said the school can expand to the 8th grade. To expand to high school, the building will need science labs and other specialty classrooms.

School board president Oshin Castillo wanted a report on the Young Men’s Academy. “We need to figure out how the all-boys academy is working. I’m not saying it’s not,” she said.

Hodges and Capers voted in favor of the agreement while Castillo, Martinez, Simmons, and Nakima Redmon voted against.

“We’ll shake hands and part ways. Maybe down the line we’ll do a partnership with them,” said Michael Sico, a former district teacher. His father, John Sico, was an assistant superintendent at the district. Both men operate the Math, Science, Technology, Science (M.E.T.S.) Charter School of Jersey City.