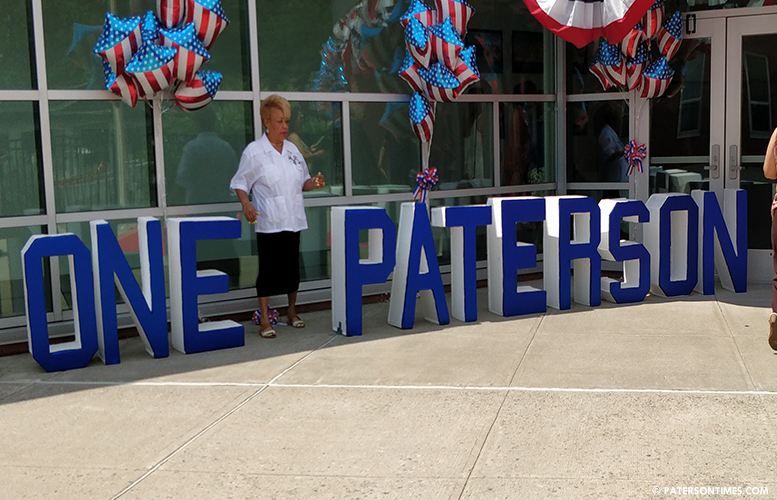 The city council narrowly voted to accept a $30,000 donation to improve eight ballfields from the controversial “One Paterson” civic organization connected to mayor Andre Sayegh.

Some council members had demanded documents revealing the officers of the organization last week. At Tuesday night’s meeting, the administration provided a two-page incorporation document for the group.

Both Farmer and Pascrell, the son, held a $1,000 per ticket fundraiser for Sayegh during the recent mayoral race. The group is holding the mayor’s ball at the Brownstone House tonight that is expected to raise more than $150,000.

Some council members said they were uncomfortable voting in favor of accepting the donation from the organization.

“Your name is not on there, but you own One Paterson,” said council president Maritza Davila. “I’m feeling a little uncomfortable with the process. Because of the joining of your fundraiser and this donation, it’s just not sitting right with me.”

Developer Cesar and his wife Jennifer Pina donated $30,000 to the One Paterson group. The group hired a contractor to carry out the repairs at the ballfields.

William McKoy, 3rd Ward councilman, has said companies could try to purchase influence with the administration by making donations to the One Paterson group. He has described it as a “slippery slope.”

The group does not have to disclose its donors. For example, a business could donate $1,000 to the One Paterson group. It then can receive favorable treatment from the administration for a municipal contract. If Sayegh received the donation directly into his campaign account, the business, under existing pay-to-play ordinance, would be barred from receiving professional contracts from the city.

Some council members have said they fear such a scenario could arise. Voters have no way of finding out the firm had made a contribution to question the mayor or initiate a recall for questionable conduct.

“I try to keep political aspect away from making decisions here,” said Flavio Rivera, councilman at-large. “When it comes to contributions, I’m going to let election law make that decision if they are committing any violations. I’m going to also let the IRS decide if they are in any violation.”

“That’s a fantastic idea,” added Michael Jackson, 1st Ward councilman. He said he did not feel comfortable voting to accept the donation. “We have to do things a lot cleaner.”

Sayegh said routing the donation through the civic organization was the most efficient way to get the money and repair the fields.

The council accepted the donation in a 5-4 vote. Al Abdelaziz, Cotton, Lilisa Mimms, Rivera, and Velez voted in favor while Khalique, McKoy, Jackson, and Davila voted against.