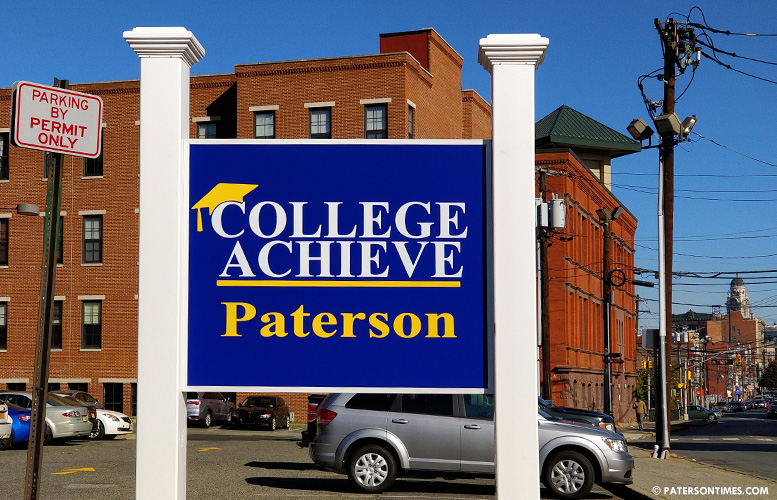 The College Achieve Paterson Charter School claimed it is a “high-performing” school while touting a waitlist of several hundred students in September. When questions, school officials could not back up their claim and refused to provide standardized exam scores.

89-percent of its sixth graders and 81-percent of its fifth graders failed the math portion of the state standardized exams in the 2017-18 school year, according to Partnership for Assessment of Readiness for College and Careers (PARCC) scores the school released after the Paterson Times filed a lawsuit seeking the public records.

The school’s math scores put it behind the Paterson Public Schools. 19-percent of district 6th graders and 22-percent of 5th graders passed – met or exceeded expectations — math section of the PARCC.

“I’m not surprised. I try to tell folks this is not the way to go. When people hear charter, they think it’s better. They don’t do their research,” said Linda Reid, president of the Parent Education Organizing Council of Paterson (PEOC).

Reid has spoken out against charter schools which, critics say, divert resources from the Paterson Public Schools, triggering layoffs and program cuts that negatively affect vast majority of city students.

“We do have last year’s test scores, but until we have the district’s compiled scores as a point of comparison, we’re not comfortable releasing those publicly. I can tell you that if we compare CAPS’ PARCC 2018 scores to the district’s 2017 scores, we have a significantly higher percentage of students meeting or exceeding standards, especially in ELA,” said Angela Montagna Holmes in September.

Holmes issued a press release in early September touting the school had 300 students on a waitlist.

“I’ll be happy to share our scores once the district releases theirs in the next few weeks,” said Holmes on Sept. 7. When told, the district had released its PARCC scores a month earlier, Holmes did not respond.

Gemar Mills, executive director for the College Achieve Paterson Charter School, refused to provide the scores in September. He did not respond to a message seeking his input for this story.

Mills runs the charter school through what’s called a charter management organization, according to school officials.

The school received some attention earlier in the year when it hired school board member Manny Martinez as a vice principal for $84,000. Martinez had left another school, the Community Charter School of Paterson, after the school settled a sexual harassment lawsuit filed against him and the school by a substitute teacher.

Community Charter School of Paterson settled the lawsuit by paying the woman $90,000.

“When identifying an administrator, there are three foundational attributes you look for: integrity, empathy and resilience,” said Mills in the news release. “Mr. Martinez embodies them all and we are excited about his future here at College Achieve.”

Mills appears to be using an unorthodox method to make his hires. College Achieve Paterson Charter School could not produce employment applications for Martinez or its principal Henry McNair.

Mills’ failure to timely respond to request for test scores and other data cost his school thousands of dollars in legal expenses.

College Achieve Paterson Charter School opened in Paterson in 2017. It is part of a network of New Jersey charter schools founded by Michael D. Piscal. The school also has campuses in Plainfield and Asbury Park.

Piscal went by Mike Piscal in California, where he founded a network of charters called ICEF Public Schools. He resigned amid an ongoing financial crisis at the network in 2010, according to news stories.

“There are some charter schools that don’t need to be opened,” said Reid. She said College Achieve Paterson Charter School is one of them.