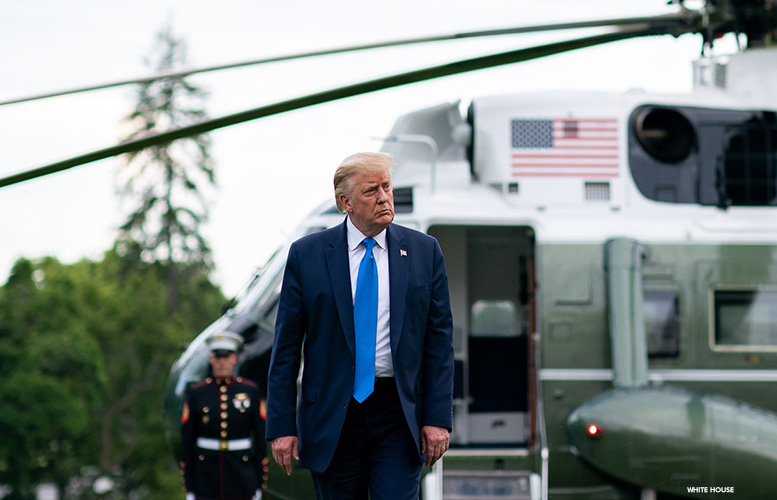 “I’m very worried about mail-in voting because I think it’s subject to tremendous fraud and being rigged. You see that Paterson, New Jersey, where I believe it was 20% of the vote was fraudulent,” said Trump. “You’ll have tremendous fraud if you do these mail-in ballots.”

Trump is referring to the total number of votes rejected in the May 12 municipal election. 13,556 votes were counted in the six ward races and 3,204 were rejected, according to Passaic County Board of Elections data.

Trump said he likes absentee ballots because voters have to go through a process to obtain them. In New Jersey absentee and mail-in ballots are the same thing. But even when voters go through the process of filling out a form and obtaining a mail-in or absentee ballot fraud is possible.

In 2016, there was widespread voter fraud in the 2nd Ward election. A judge tossed out 22 mail-in votes because of fraud and irregularities. In that election voters had to go through the process Trump described to obtain the vote-by-mail ballots.

New Jersey deputy attorney general Alan Stephens during the 2nd Ward election fraud trial stated “fraud was afoot” in the election. But no one was prosecuted. That wasn’t the case in 2020.

Khalique’s team was accused of committing voter fraud in the 2016 election that led to a nearly year-long trial. Khalique ultimately prevailed in the case.

Trump appeared to suggest the chances of fraud increases when governors hold all mail-in vote elections.

Political strategists in Paterson had warned governor Phil Murphy’s decision to hold the all vote-by mail election on May 12 because of the coronavirus pandemic would lead to widespread fraud. Many of them were vindicated when reports emerged of campaign workers harvesting ballots for their candidates.

“If you take a look at all of the unbelievable fraud that’s been involved with mail-in voting over the last even a short period of well — but look at Paterson, New Jersey. It was a massive error and a massive miscalculation and there was incredible fraud,” said Trump. “Look at the City Council and what’s happened to it.”

A judge barred Mendez, who is one of the four charged with voter fraud, from assuming the 3rd Ward seat.

Khalique, who had initially won the 2nd Ward seat, found himself tied with his main rival, Mohammed Akhtaruzzaman, after three recounts.

The City Council has been operating with two vacancies since July 1.

Trump had previously tweeted about election fraud in Paterson.