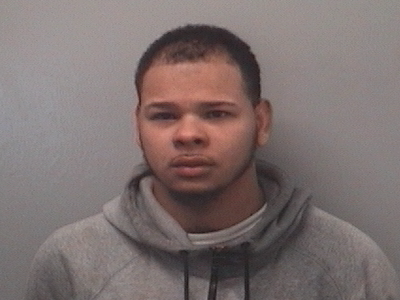 A city man has been arrested and charged with drug offenses for allegedly running a cocaine packaging operation from a Temple Street home, according to Passaic County Sheriff Richard Berdnik.

Berdnik said the drugs seized has an $11,000 street value.

Detectives were conducting an investigation in the area at about 8 p.m. when a woman was observed getting out of the home and getting into an Acura MDX. Detectives conducted a motor vehicle stop, smelled strong marijuana odor coming out of the vehicle, and placed her under arrest.

Chayanne Hidalgo, 26, of Paterson, was charged with marijuana possession and released. Detectives returned to the address and spoke to Rosario. As he talked detectives smelled marijuana and saw a blue vial on the table that allegedly contained marijuana.

“This was a significant arrest which is confirm by the fact the suspect was charged with a first degree narcotic distribution charge. I commend the detectives who conducted this investigation, which led to these arrests,” Berdnik said.

Rosario is being held at the Passaic County Jail pending bail.