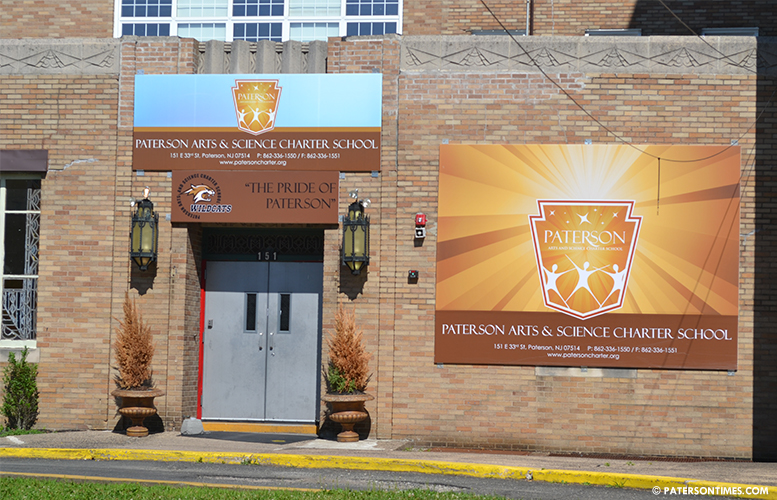 The owner of 151 East 33rd Street has filed a legal complaint against the city’s board of adjustment and a couple, who fought the building’s use as a charter school, and successfully ejected the school out of their neighborhood.

Michael Stengart, the owner of the former Temple Emanuel, through his limited liability company Mincha, filed papers at the Bergen County Superior Court earlier in the month to revoke a board of adjustment decision that led to the building’s certificate of occupancy being cancelled in June.

The lawsuit which also names Robert and Hattie Kersey, homeowners living across the street from the building, demands the city reverse course on a board of adjustment decision that revoked the buildings use as a school.

The Paterson Arts and Science Charter School was operating out of the building through a certificate that was faultily issued by a zoning officer, according to a June decision by the board.

The charter’s lawyers had argued before the board that because a school, BUILD Academy, was situated at the location some years ago, a continued certificate of occupancy or a CCO was appropriately issued.

However, the Kerseys, through their lawyer, argued the school was not a continued use, for after the academy, the building was converted into a club, convention center, and a plethora of other things. Kerseys also mentioned the size of the two school: the previous school was much smaller, while the new school is much larger and intends to grow every year with the addition of a new grade level year after year.

The Kerseys were concerned the school would cause traffic congestion in the area, and their fears were vindicated when school opened last September: Linden Road, street adjacent to the school, became clogged with vehicles of parents dropping off and picking up students.

Stengart demands in the lawsuit the judge roll back the board’s decision and restore the continued certificate of occupancy. The suit also seeks legal fees from the couple and the city.

The charter which had called the East 33rd Street building as its home for a full school year has moved out of the location to the former Paterson Catholic Building on 11th Avenue following the board of adjustment decision in June.