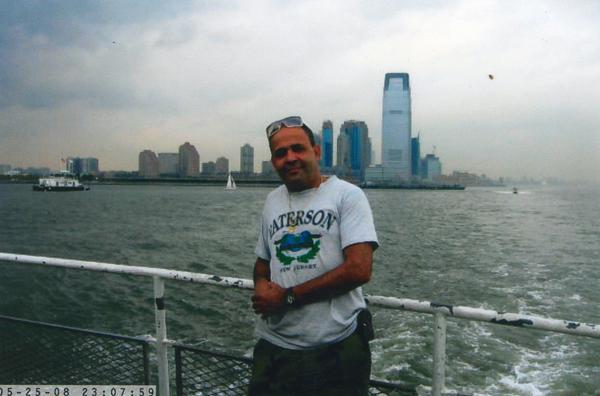 A former school board member and employee of the city’s public works department, who was recently charged with second-degree endangering the welfare of a child, has been suspended without pay, according to city officials.

Daniel Vergara, 53-year-old, was suspended from work four days after being charged with endangering the welfare of a 12-year-old boy by the Bergen County Prosecutor’s Office on October 19th, 2014.

In a media release emanating from prosecutor John Molinelli’s office, authorities said Vergara took a 12-year-old boy to a motel in South Hackensack without permission from the boy’s guardian.

Officers from the South Hackensack Police Department stopped and questioned Vergara and the boy outside the location. Police contacted the Bergen County Prosecutor’s Office Special Victims Unit for assistance. Detectives from Molinelli’s office interviewed the boy separately at the prosecutor’s office in Paramus.

During that interview, said authorities, the boy provided “specific details” about his relationship with Vergara. After ascertaining those details, it is unclear what sorts of detail the boy shared with detectives, authorities arrested Vergara.

Authorities did not provide much details about the incident to gauge what actually happened that led to the arrest. Family and friends of Vergara, who is the leader of Boy Scouts Troop 911, have vigorously defended his reputation. Vergara was put on $75,000 bail without a 10-percent option. He was bailed out on October 24th, 2014, according to source.

On that same Friday, Vergara, who works as a code enforcement officer, was suspended from work without pay, confirmed Manuel Ojeda, public works director. After the charges are dismissed it is up to the city whether to re-welcome Vergara or not. Ojeda wouldn’t say whether Vergara will be allowed to return to work after charges are dismissed.