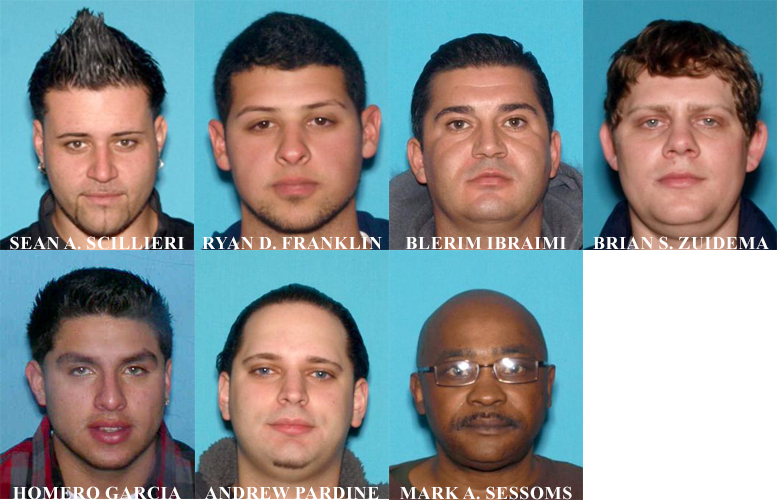 Seven men were indicted Tuesday afternoon for passing around bad checks causing over $260,000 loss for two check cashing businesses, according to the Passaic County Prosecutor’s Office.

Sean Scillieri, 26, of Hawthorne, an employee at the Scillieri Funeral Home on 5th Avenue in Paterson, masterminded a scheme to cash business checks at two check cashing businesses that were written on insufficient funds.

All seven have been charged with second-degree conspiracy.

Each of the seven alleged conspirators personally profited by sharing the cash obtained from the check cashing businesses, authorities said. Authorities said during the four-month May, June, July, and August 2013 the scheme was being run over $1.4 million worth of checks were floated through the funeral homes’ business checking account.

The seven allegedly “structured” the transactions by cashing out checks under $10,000 to avoid hitting bank reporting threshold requirement.