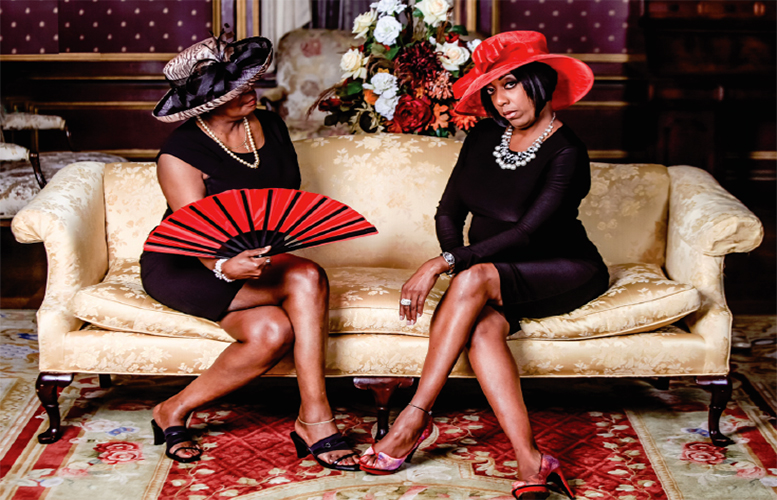 “We sold out in Bloomfield college, so we’re back by popular demand because a lot of people didn’t get a chance to see the first show,” said city native Lavene Gass.

Gass said 300 people came out to see “Pearls” at the Westminster Arts Center in Bloomfield College about gossipy women who often use each other’s shortcomings and struggles to engage in verbal combats that often turns out to be rip-roaringly funny for the viewing audience.

She describes the play as a dramedy because it has more than just laughs: the women also, at times, understand each other’s struggles and can be supportive. “The play is symbolic to the process of a pearl. People face irritants of life and they either succumb to those irritants or fall victim to it,” said Gass.

Cast for her play are mostly city residents who have previously acted in local church plays and musicals, she said. “This play follows the lives of 10 unique individuals who have dealt with various irritants of like,” said Gass. The play infuses drama, comedy and music but most importantly it’s about redemption and it’s thought-provoking.”

The play’s next showing will be at the Rosen Performing Art Center in Wayne in May.

Those who attend the second showing will also be surprised by Gass’ short film “Consciously Unconscious,” about a woman in an unsupportive and suffocating relationship. Gass said the woman eventually breaks up with her unsupportive partner to enter into a new relationship with a supportive man who encourages her to follow her dreams of becoming a poet.

“The premise of the film is about a woman who realizes that true love comes from within not from someone else,” she said.