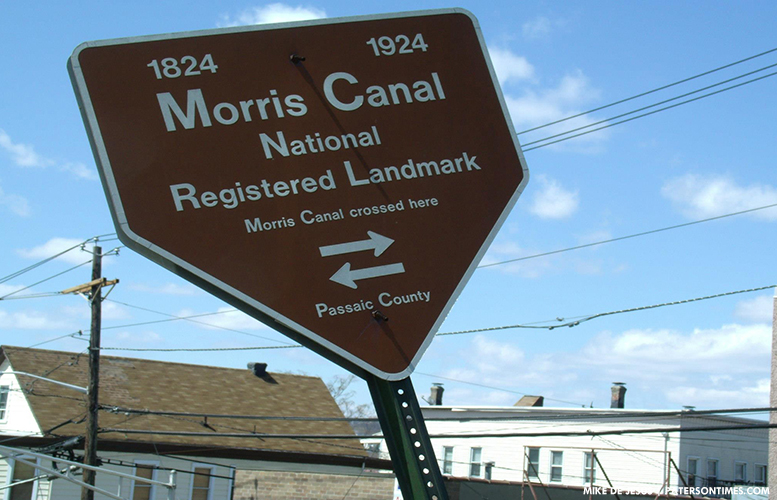 The Passaic County Freeholder Board approved an additional $202,901 from its Open Space Trust Fund for the Morris Canal Greenway improvements project in Paterson and Clifton.

South Hackensack-based Boswell Engineering, the firm hired to design the project, “identified severe safety deficiencies” during the design phase of the project that must be addressed with additional funding.

The county freeholder board approved the additional funding on March 24. The greenway project is largely funded through several grants. The county received a $532,566 grant in 2012 from the U.S. Department of Transportation, federal highway administration, through its Transportation, Community and System Preservation Program (TCSP) to create bike lanes along the proposed greenway through Clifton and Paterson.

The county also received a $486,000 grant from the North Jersey Transportation Planning Authority through its Transportation Clean Air Measures (TCAM) program. To develop the 6.2 miles section of the greenway that runs through Paterson and Clifton the county had to pitch in $ 133,142 to accept the TCSP grant and $117,000 to match the TCAM grant.

In December 2014 the county awarded a $1.44 million construction contract to Orange-based Zenith Construction Services to develop the greenway in Paterson and Clifton. The greenway runs through six Passaic County municipalities including Pompton Lakes, Woodland Park, Little Falls, and Wayne.

It was built from 1824 to 1831, according to the Canal Society of New Jersey. The canal was made obsolete first by railways and then by interstate highways. It was an engineering marvel at its time overcoming an elevation change of 1,674 feet over the northern part of New Jersey by using inclined planes.

The canal is listed in the New Jersey and National Registers of Historic Places. The greenway seeks to celebrate history and promote tourism while providing a corridor for recreation. It will also serve as a transportation route, instead of for votes, for hikers and bicyclists.

Once completed the Passaic County portion of the greenway will connect to other Morris Canal Greenway Projects underway in Morris and Essex counties to create a state-wide corridor along the 19th century transportation route.