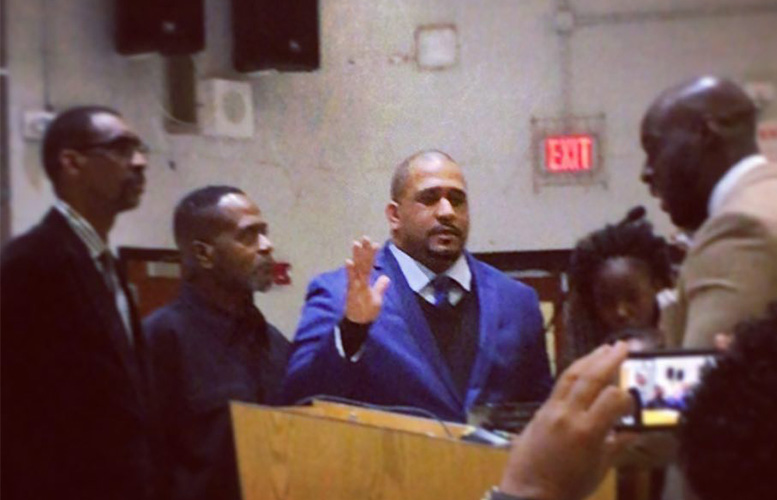 Two re-elected and two new members of the city’s Board of Education were sworn in on Thursday evening.

School board members Flavio Rivera, Christopher Irving, and Manny Martinez were sworn in by popular coach and assemblyman Benjie Wimberly while Emmanuel Capers was sworn in by prominent local attorney Kenyatta Stewart.

Rivera began his second and Irving his third term on the board. Martinez, who was a school board member until he opted to run for a council seat rather than seek re-election in 2015, began his second nonconsecutive term.

Martinez won a two-year term in the November 2016 election. He won a landslide victory against incumbent Errol Kerr. He secured 10,822 votes.

Kerr received 3,581 votes. He lost his seat on the board in 2015; however, he was appointed to fill the vacancy left behind by Kevin Michael Henry, who was disqualified from taking office due to old criminal convictions.

The other incumbent to lose a seat was two-term school board member Kenneth Simmons. In the November 2016 election, Rivera received 8,109 votes, Irving secured 7,504 ballots, and Capers (pictured) received 6,487 votes, according to official election results.