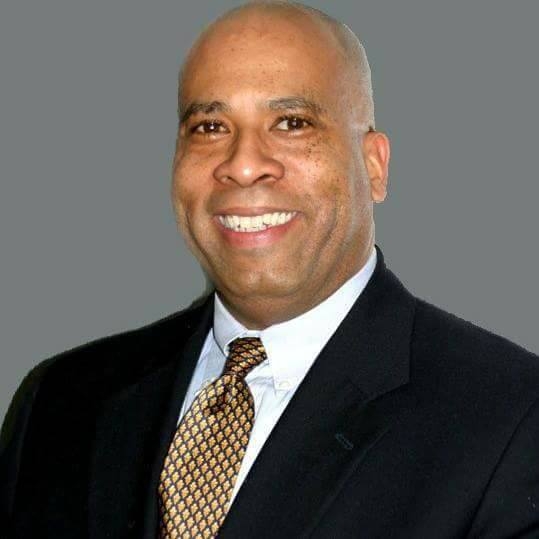 Former school board member Chauncey Brown, who was convicted for taking bribes, announced a run for mayor on Friday morning.

“The people of Paterson are not being served by its leadership. Politicians of Paterson are more concerned about parades, street naming, and raising money for their foundations,” said Brown. He is running to expand recreation, tackle increasing property taxes, and curb crime, he said. He also wants to clean up the city’s parks, he said.

Brown, 54, said providing more recreation to young people in the city will be one of his top priorities. “We have no after school recreation for our kids and we’re not going to have summer programs for our kids. These guys were elected to serve the community, but the community is not getting any services,” he said. “I want to invest in the biggest recreational complex.”

He will have to provide voters more detailed plans on exactly how he plans on expanding recreation, stabilize taxes, and curb crime as the 2018 mayoral campaign season gets underway. The field of potential candidates for the race include incumbent mayor Jose “Joey” Torres, former mayor Jeffery Jones, assemblyman Benjie Wimberly, former school board member Pedro Rodriguez, and council members Andre Sayegh, William McKoy, and Alex Mendez.

Mendez and Rodriguez have made their intentions public. Both men have said they intend to run. Torres announced his re-election at a fundraiser last year. Jones, who opened a campaign account for the 2018 race, said on Thursday evening, “I’m considering.”

Brown, a registered Republican, will likely have a tougher time in his bid for the mayor’s office. He will have to tell voters why they should trust a man who previously betrayed public trust by taking $13,000 in bribe money to assist an undercover company to secure insurance business from the Paterson Public Schools.

Brown was sentenced to 1 year and 6 months in federal prison on a bribery conviction in June of 2009 after pleading guilty to taking several corrupt payments totaling $13,000 from the undercover company between September and December 2006.

Then-U.S. attorney Chris Christie charged Brown with “extortion under color of official right” for taking cash payments from the FBI’s cooperating witness and promising it’s “not gonna be a problem” for the company to secure district insurance business. He even admitted to introducing the cooperating witness to an assistant superintendent at the district to help the company secure insurance contracts.

“Why should I be penalized for a mistake that I made 10 years ago? Everybody deserves a second chance,” said Brown. When asked if he will be able to take officer due to his past conviction, he said his legal team has not found any laws that will prohibit him from taking office.

When told about New Jersey’s public office forfeiture law which forbids former convicts from taking office, he said: “We’ll cross it when we get to it.”