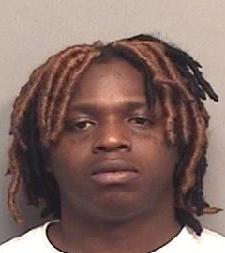 24-year-old Mark Edwards, accused of shooting a man on 12th Avenue in September 2016, was arrested on Friday afternoon after he entered a cab on Park Avenue, according to police.

Edwards was seen entering a cab on Park Avenue and East 19th Street at about 12:20 p.m. He got into the cab and detectives pulled over the vehicle. He tried to get out of the cab and run, but was quickly arrested by detectives.

Detectives from the Ceasefire Unit, Warrant Unit, and the U.S. Marshals Service’s Violent Crime Task Force setup surveillance in the area after receiving information about Edwards. He was charged with attempted murder and weapons offenses.

Police said Edwards is accused of shooting a 27-year-old city man in the arm on 12th Avenue and Rosa Parks Boulevard on the morning of Sept. 27, 2016. Detectives Francisco Brito and Christopher Ravallese of the Ceasefire Unit conducted a lengthy investigation that identified Edwards as the actor in the incident.

Detectives made several attempts to find Edwards and charge him with attempted murder, but were unsuccessful.

“Once again, they have removed a dangerous individual from our streets and will continue in our goal of making a safer city,” said police director Jerry Speziale. “The assistance we receive from our federal counterparts is tremendous and greatly appreciated.”