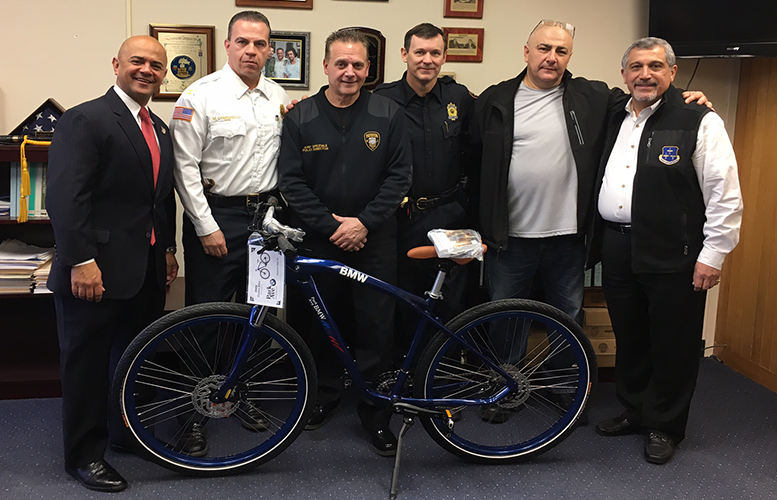 Without a bike patrol, police will have to figure out what to do with the bike. Police director Jerry Speziale said the BMW bike is worth upwards of $2,500.

“It’s a very expensive bike,” said Speziale of the bike donated by Park Ave BMW. The bike likely meets the law enforcement standards, he said. He said the police will either utilize the bicycle or raffle it off through the police union — Police Benevolent Association (PBA), Local 1 — and donate the proceeds to a charitable community cause.

Speziale said the department has not had a bike patrol for half-decade. It’s unlikely the city will restart a bike patrol program. Such a program would be seasonal operating during the summer months, he said.

The director said he and other police officers from the department patronize the car dealership. “We are appreciative of this generous donation by Park Avenue BMW,” said Speziale. “Their support of law-enforcement is extraordinary.”