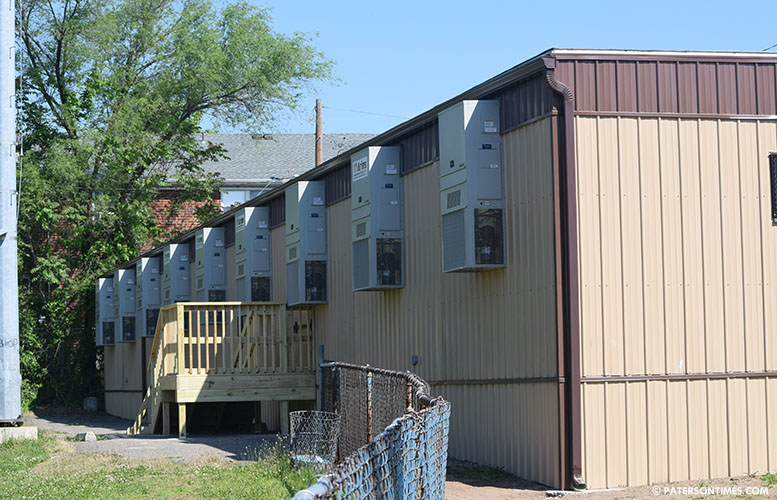 The million-dollar prefabricated recreation facility that has been described as a waste of money by councilman Michael Jackson was the subject of a hearing at the City Council on Tuesday evening when council members grilled mayor Jose “Joey” Torres’ administration officials for allegedly “misleading” the governing body.

Councilman Kenneth Morris led the charge in questioning administration officials. It was established the initial plans had an indoor basketball court, but then the plans were changed.

“At what point did it change?” asked Morris.

Community development director Barbara Blake-McLennon said the council changed it from an indoor basketball facility to a multi-purpose facility. Morris replied he’s on the council and he never made a request to change it.

McLennon said the facility was changed at the suggestion of councilman Luis Velez.

“At what point was the council informed?” asked Morris. She said the application for the project was submitted to the council.

“In that application were there drawings and designs?” asked Morris.

Fred Margron, city engineer, said the city at first looked at building a regular structure, but facing a risk of losing federal grant money, it opted for a modular building. He said he spoke to a number of vendors that build pre-fab buildings. “They could not make modular buildings with the necessary height for basketball,” he said.

Jackson said he is familiar with many pre-fab buildings that have basketball courts.

Margron said a package was submitted to the council that included the changes. Except, no member of the mayor’s administration told the council of the changes that were made.

“At no time did you or any staff communicated to the council there was a meaningful change to the design of the building whereby it would no longer contain an indoor basketball court,” said Morris. “I think that’s a little detail that should have been shared. Wouldn’t you agree?”

The building has a ceiling under 10 feet and it is less than 50 feet long and 25 feet wide.

“I’m of the opinion multi-purpose means basketball, soccer, and anything else you want to play in it,” said Morris. “At no point was the council made aware this facility would not contain a basketball court.”

Velez claimed the measure approved by the council for the facility contains basketball in its language. He also said he thought multi-purpose meant basketball and other sports.

“Yes, there was a basketball court, but that’s not what we have today,” said Maritza Davila, councilman at-large.

“We’re thinking expansion not contraction,” said Andre Sayegh, 6th Ward councilman. He said the change from indoor basketball to multi-purpose was viewed as in addition to basketball other sports would be supported.

“This was extremely misleading,” said Jackson. The administration provided more information about the facility to council members prior to the hearing that was not provided prior to approval of facility.

There’s also question of the cost for the brown and beige trailer.

“Is that really worth a million dollar?” asked Sayegh. “A lot of people are calling at an eyesore and not a recreation center.”

Jackson said he took details from a placard on one of the trailers and contacted pre-fab companies to inquire about purchasing an exact arrangement. He was provided an estimate that cost less than $300,000.

Business administrator Nellie Pou and other administration officials told council members other improvements were planned for the park. For example, there’s a plan to install artificial turf at the field and construction of basketball courts next to the facility.

Purchasing agent Harry Cevallos passed out pictures he printed off the internet of shades for outdoor basketball court. His print outs are dated late April suggesting the administration has been scrambling to get ahead of the controversy by attempting to placate critics by dangling future improvements at the park.

Jackson was not persuaded by Cevallos’s pictures. He demanded a detailed plan with height and other information.

The facility will be used for a wellness center, provide activities and programs for seniors, have evening activities for young people, hold summer music and book camps, house the Police Athletics League (PAL) explorer program, and be used as rental space for nonprofits.

“We cannot continue to have breakdown in processes whereby this council feels it’s been misinformed and misled,” said Morris.