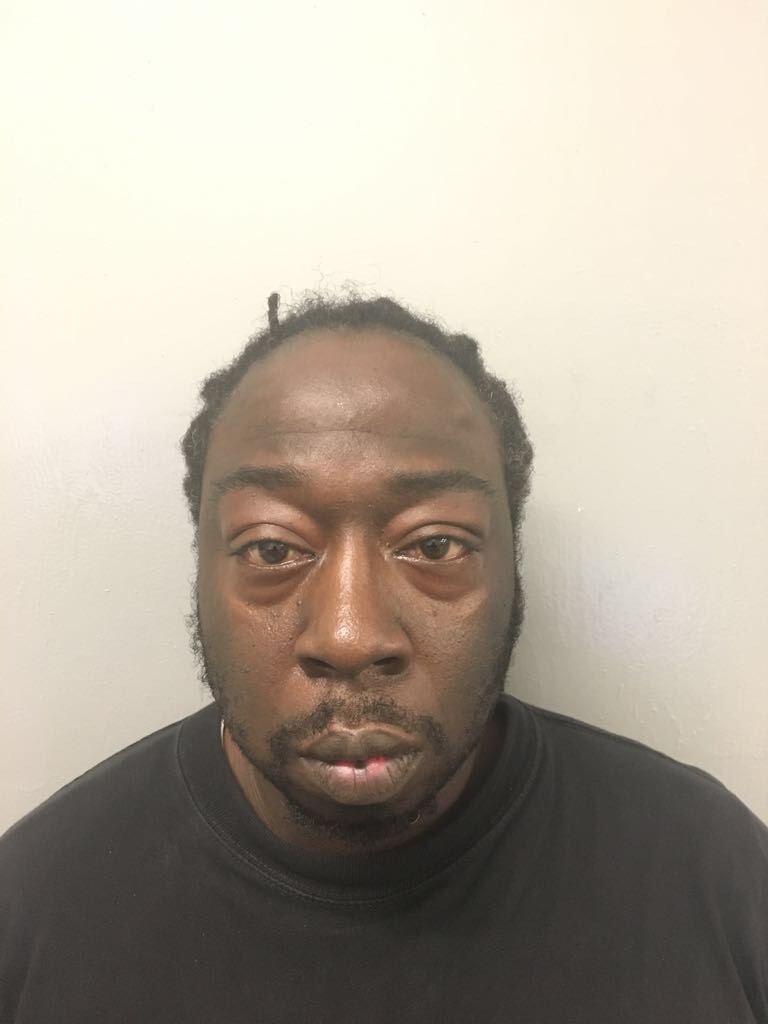 Detectives made a big drug bust on Keen Street seizing $24,238 in cash, three handguns, and large quantities of marijuana and Xanax pills on Monday afternoon, according to Passaic County Sheriff Richard Berdnik.

Eric T. Mckenzie, 38-year-old, of Paterson, was arrested on 26 drugs and weapons offenses, authorities said. Authorities were investigating complaints of drug dealing from 117 Keen Street at around 5:30 p.m.

Mckenzie (pictured) was caught on surveillance exiting the home and driving his black Kia to 6th Avenue and East 19th Street. He allegedly handed Brian T. Gilligan, 49, of Hawthorne, Oxycodone pills in exchange for cash.

Detectives pulled over Gilligan. As detectives approached his vehicle, he was observed placing items he received from Mckenzie into his mouth, authorities said. He allegedly admitted to swallowing the pills and was placed under arrest. He was charged with hindering apprehension by destruction of evidence, authorities said.

Gilligan was charged and released.

Detectives stopped Mckenzie as he was walking back to his car. A strong smell of marijuana was coming from his person. 29 Oxycodone pills, 15 zipped baggies and 1 knotted plastic bag of marijuana was seized from him.

Mckenzie also had $1,008 in cash on him, authorities said. Detectives returned to 117 Keen Street to conduct a search.

Drugs seized is valued at $20,000 on the street, according to Berdnik.

“The suspect’s home was like an illegal pharmacy with 7 different type of illegal substances. Anytime drugs, three guns and a large amount of money can be taken off our streets it’s a good outcome,” Berdnik said. “I want to commend the detectives involved in this operation.”