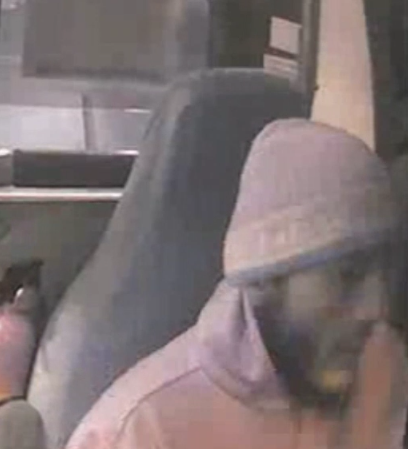 The public’s help is being sought to identify a bus armed robbery suspect. Police describe the suspect as a Hispanic male who allegedly used a brass knuckle type of knife to rob an express bus driver.

Police have released a video footage of the suspect inside the bus on Tuesday afternoon.

The suspect took control of the bus and drove out of the area. Police later recovered the bus.

Anyone with information is asked to contact detective Kelvin Matos at  973-321-1120.